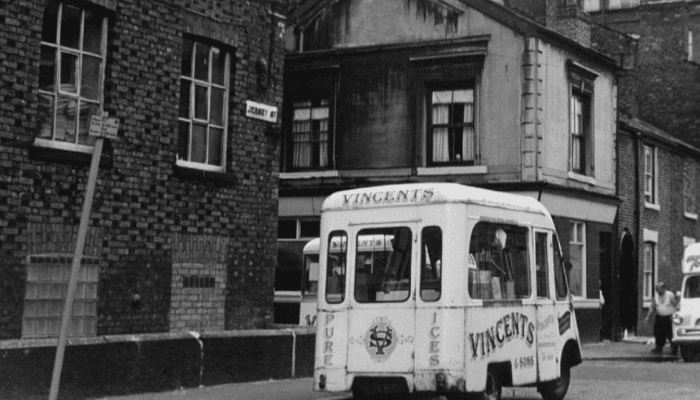 The chime of the ice cream van is one sound that cannot go a miss. Whether you are a child or an adult, the excitement of picking to have a knickerbocker glory, raspberry ripple, or a ’99 is a sweet memory for us all.

But, beneath all that exterior, there was a war that happened across Manchester, a war of tension between the men selling our favourite ice cream treats.

You might think this is bizarre, but this ‘‘war’’ was very much real, and it was every man for themselves in this quite literally, chilling industry.

The ice cream industry was an extremely lucrative business across Manchester in the 20th century, especially for the Italian immigrants that set up shop right here in our very own Ancoats. 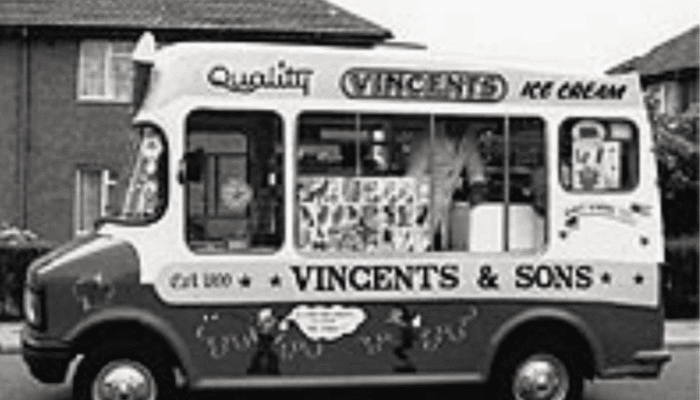 In fact, the twist ice cream cone was invented here in 1902 by Antonio Valvona, whose family business is still in operation today and is currently the biggest UK ice cream cone manufacturer.

Ancoats was often referred to as Manchester’s own Little Italy, as the taste of Italian cuisine descended onto our streets. Welcomed by the entire community, the ice cream became a favourite treat for all, no matter the age.

However, like all businesses, a competitive nature began to arise between our beloved ice cream makers. It was no longer about the uniqueness of the ice cream, but who was encroching on whose patch and who could ultimately be ‘top seller’ in the area.

Someone, who knows too well about this turf war is Peter Schiavo, whose father, alongside his brothers, owned Vincents Ices, an ice cream van business that has been in Peter’s family for over 100 years, across three generations.

It was started by his grandad Vincent, who moved from Naples in the 1890s to New York and then went from there to Manchester.

Peter, a dad-of-two, from Salford, took over Vincents from his dad. He said: “My grandad was quite an unsavoury character and had links to the Mafia. I am pleased to say that I don’t take after him.

“My dad didn’t want me to take over the van at first, but I had always helped out from being little. It is just in my blood. I like bringing joy to people and chatting to everyone.

“There was a lot of migrants at the time coming from Italy to Ancoats, hence the nickname Little Italy.

“To keep it in their culture they worked with the things they knew like ice cream and sold it on the streets. That’s how they intergrated themselves into the community to make a living.”

With Ancoats being graced with an abundance of independent ice cream van sellers, the competition was fierce. If you were passing by the streets of Ancoats, you could often see a heated exchange. 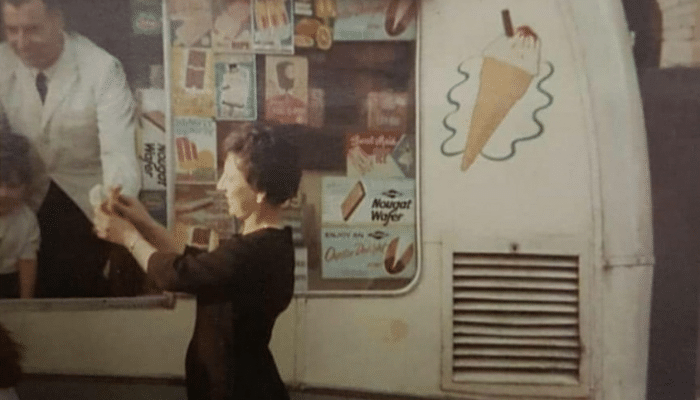 But did Peter’s family experience such animosity?

He added: “Not really, what happened is we got ourselves well established probably through the 1920s. Occasionally you got someone who came and tried it on our patch, but it was not worth their while really for them to tread on our toes.

“They never tried more than once or twice because they realised it was costing them in fuel and everything else.”

Like most things at the time, the ice cream industry did suffer major financial loss because of world war two. However, once it was over the demand was once again back and booming for the ice cream van business.

Rationing had ended, a baby boom had happened, and new motorised vehicles had graced the streets of Manchester, but with that came new immigrants, which meant new competition.

The saying “revenge is a best dish served cold” really could not have been truer for this industry in the 60s and 70s. 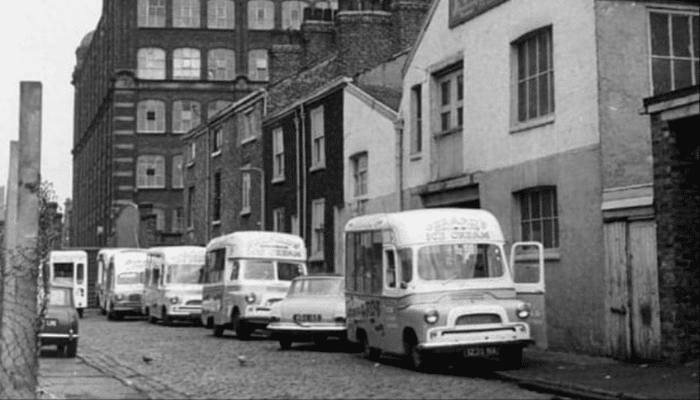 But where does the ice cream van industry stand currently?

You might believe that the wars are a part of history now, but you would be wrong. The competition is still so very real for many sellers.

In fact, in 2016 an ice cream van owner had gone on his own intimidation campaign by threatening and smashing up his rival’s van so he could expand his business across the community. 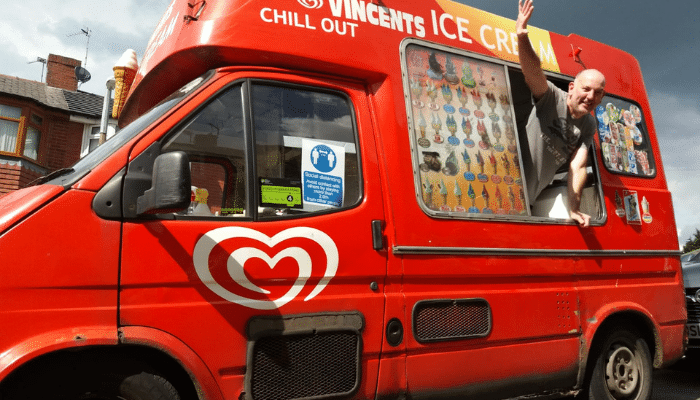 For Peter, his family business is still very much alive, despite knockbacks and pressures that supermarket chains have put on the industry.

He said: “You can now get ice cream in supermarkets for cheaper than what you could purchase from me. Although, this is an issue, it is more the social aspects that keeps the customers returning. I have been doing it for 24 years and my dad did it for 60 odd years and that’s how we keep our customers basically.”

Peter made some extra stops on his Salford round to surprise people living with dementia and carers during this summer’s lockdown – treating them to a cone.

Peter added:“It had been a difficult few months for us all and it is nice to put a smile on people’s faces.”

We hope the ice cream van lives on across our towns for many years to come – the familiar chimes will be a welcome sound this coming spring after the year we have had.