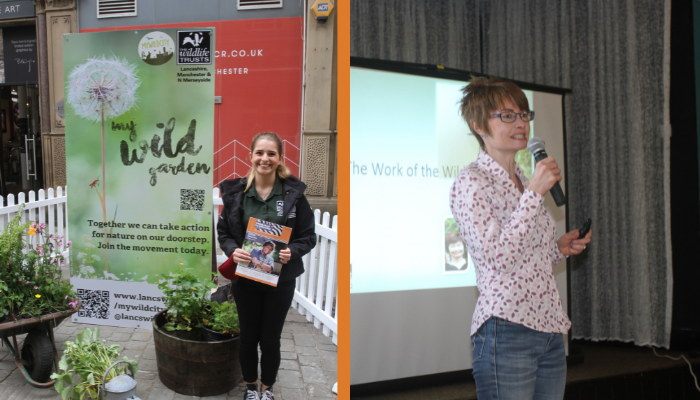 08/04/2022
By Paul Sherlock
LifestyleSalfordThings To Do

Our Salford reporter Paul Sherlock shares his experience of attending a special event by Lancashire Wildlife Trust which encouraged locals to support and learn more about their local environment and wildlife.

It intrigues me how I’ve got involved with various groups and activities in the near ten years since I retired. One of my main passions is Local History, so despite already being a member of several other Local History groups in Salford and Manchester, prior to Covid I attended a couple of meetings of the Salford U3A Local History Group in Eccles.

During Lockdown, they continued with online meetings and together with a friend of mine, I decided to formally join the group. Since last summer we have been back to holding face to face meetings but in Monton, as the Eccles venue was not immediately accessible. Once you join a U3A group, that entitles you to join other local branch activities where there are available spaces.

One regular activity of Salford U3A is its monthly Social Meeting, which attracts a large audience from its various interest groups who are treated to a general interest talk.

Apart from a couple of lockdown online sessions, I hadn’t been to one of these meetings in person but this week, I decided to go for it because the subject held a particular appeal for me. It was an illustrated talk about Lancashire Wildlife Trust by Louise Bentley, one of their volunteers. 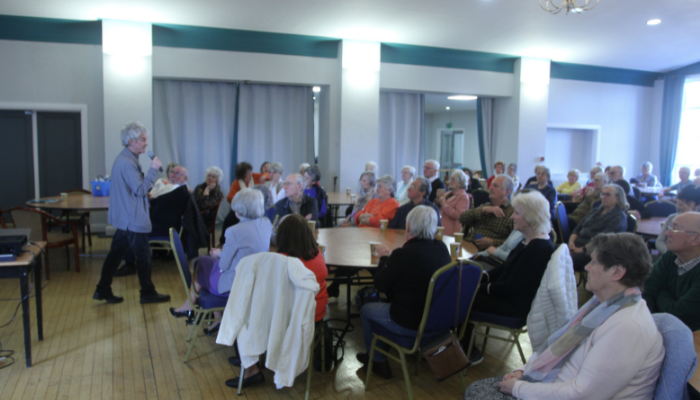 Now my wife, Marilyn and I have been members of the Wildlife Trust for a few years, having signed up at a Flower Show or something similar but unfortunately, we’ve not been very active members.

Our excuse is that as a non-car running family with dogs (currently three), we don’t often travel far from home. I’ve always meant to remedy this, especially as in recent years I’ve come to realise that some of their sites aren’t actually that far from where we live.

U3A (short for University of the Third Age) is unlike formal University institutions, in that it isn’t an academic establishment with entry requirements and a need to study for a qualification. Their local regional website says that “You do not need academic qualifications to join U3A, but you must not normally be in full-time employment or education”.

Most of our members are retired or semi-retired, and looking to find interesting, meaningful and fulfilling pursuits to fill the extra hours afforded by retirement.”

Some groups, including Salford’s History Group do encourage members to do some personal research and present talks themselves, rather than be spoon-fed relying mainly on external speakers. Other groups. however, are less academic and more practical / leisure orientated and even extend to activities such as attending theatres or going out for luncheons.

There are 14 U3A’s in Greater Manchester, so there’s almost certain to be at least one within reach of wherever you reside if you’re a local reader. For our wider audience, there are over 1000 branches throughout the UK. Lancashire Wildlife Trust is another regional organisation, which takes in North Merseyside and Greater Manchester as well as what still remains of the original County Palatine but again it is linked to a federation of 46 Wildlife Trusts, throughout the UK.

Whilst the Trust isn’t just for older people, it’s obvious that many of its activities appeal to those of us who no longer have the time constraints that come with a commitment to full-time employment and are able to find the leisure time to engage with activities at their various sites, possibly even becoming volunteers.

Louise set to describing this range of Activities at their many localities throughout the region, which includes 41 nature reserves. To be honest, I should already have known all this because we regularly receive the Trust’s well-illustrated, glossy magazine, Lapwing but it’s so easy to look at such publications without paying full attention to the wealth of information recorded in them.

Having treated us with such introductory images of Sand Lizards and Basking Sharks, she went on to list five major project areas in which the Trust is active. The first of these is regenerating our Water Vole population, which has declined to a great deal due to the well-meaning but somewhat irresponsible freeing by activists of non-native Mink into the wild some decades back.

Another project, familiar to many of us is the restoration of the Red Squirrel population, notably in the area radiating around Formby. Another non-native, man introduced species, the Grey Squirrel has had a major role in bringing about the reduction in their population by being carriers of disease.

We were treated to a description of Max, a Conservation Detection Dog (ex-Bomb Disposal) who aids his handler, full-time Red Squirrel Officer, Rachel Cripps in locating deceased red squirrels by sniffing out their poos thus enabling Rachel to remove them from the environment and reduce the likelihood of further spread of Squirrel Pox.

Louise went on to describe the restoration of our pre-Industrial Revolution Peat Bogs, particularly around Astley and Little Woolden. Again, humans have been responsible for destroying around 95% of this vital environmental asset and the take home message for each of us is to only buy peat-free compost for our gardens in future.

Apart from their role in reducing C02 in the atmosphere, these are habitat to endangered species such as the Manchester Argos, Large Heath Butterfly.

Another major project touching on Salford is the Carbon Landscape project, which includes restoration of former Coal-mining sires such as the 240-hectare Wigan Flashes and trying to engage the public in environmentally friendly activities such as walking in the area and viewing nature close at hand, including species such as the Bittern, which it is hoped to bring home.

We looked at larger Living Landscapes including Sand Dunes at St. Annes, the Brockholes Reserve, Marine Protection Zones and reviewed a host of other local sites, such as the Bolton to Salford Kingfisher Trail and the Nob End Site of Special Scientific Interest, where man’s previous pollution had for once had a positive effect of producing an environment conducive to the growth of a variety of rare orchid species.

I haven’t room to list all the projects and species covered but this should prompt you to consider becoming a member of the Wildlife Trust in Lancashire or wherever you are located, visiting their facilities and possibly getting directly involved with and supporting what they are doing for you. 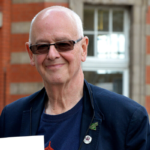 What the F: Be a savvy saver this summer

How does David’s garden grow?