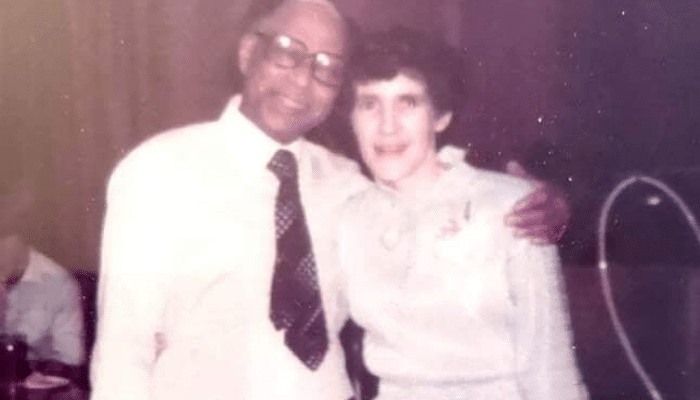 On the morning of June 22, 1948, the HMT Empire Windrush pulled in to Tilbury docks, Essex, carrying 802 hopeful Caribbean migrants on board. Each one looking out eagerly to set eyes, many for the first time, on Britain.

When they stepped off the boat, passengers saw a grey, cold and misty place, but it wasn’t the weather these men and women made a 29-day voyage for.

After the Second World War, Britain’s cities were still devastated from the bombing of the 1940-41 Blitz. Hundreds of thousands of soldiers were killed in the conflict and 70,000 civilians had also lost their lives.

Desperate for workers and to put itself back together again, Britain provided an opportunity to people in the Caribbean who had been granted British citizenship status and free entry into Britain under the British Nationality Act in 1948.

The shivering arrivals at Tilbury made their way to the large towns and cities of Britain where the jobs were. London, Liverpool, Manchester and Birmingham made for the most popular destinations for those early settlers.

The journey taken by those Caribbean settlers in 1948 inspired further waves of migrants in the 50s and 60s. These people who moved to Britain from the Caribbean from 1948 – 1971 are known as the Windrush generation.

Most of the men and women who decided to settle in Manchester and the surrounding area found work in construction, at the Manchester docks, at Trafford Park, in factories, and as nurses in the newly founded NHS.

Far from being the magical country many Commonwealth citizens had heard about in stories and their education, Britain often seemed a grey and hostile place. Poverty was common, especially in the cities, and racism was prevalent.

Accommodation was hard to come by for many settlers, who were turned away from available lettings on account of their skin colour.

Moss Side and Hulme became popular areas of settlement for the Windrush generation in Manchester. Many Caribbean settlers would get around the issue of finding housing through a partner scheme.

A partner scheme is a savings partnership between a group of trusted friends or individuals. A sum of money is regularly put into a slush fund which is overseen by a trusted individual (the ‘banker’). Every week or month, one of the members receives the total amount in a draw. The order of the draw is determined by the ‘banker’ and every member will eventually have a turn at receiving the money.

This allowed many Caribbean migrants to buy their own homes and find some stability in their new surroundings.

Although the black Caribbean community in Moss Side and Hulme still faced issues like poverty, racism, and police harassment, there was a keen sense of community spirit. White children mixed with black children, families looked out for each other, and neighbours traded goods and essentials.

Just like everyone else in Manchester, the Caribbean community would want to celebrate the end of a hard-working week. From the early 60s, clubs like the Reno, the Nile and the Bengwema opened up and became popular places for people to let their hair down.

Places like the Nile and the Reno introduced reggae, funk, and soul to the people of Manchester and some of its celebrities. In many ways these clubs were places where people could learn a bit about Afro-Caribbean culture.

Alvin Guy set sail for Britain aboard the Empire Windrush on May 24 1948 from Kingston, Jamaica. On June 22 he arrived safely and made his way to Manchester, where he managed to rent a room in a house on Park Street.

Alvin, then 28, found his first job on a construction site, helping to build council houses in a city that was still recovering from wartime damage. However, Alvin was a skilled engineer by trade and eventually settled in Oldham where he worked, at Entwistle Engineering.

Just like many other Windrush settlers, Alvin and his family also faced racism.

Alvin’s daughter, Kathryn Holland said: “My dad experienced racism as we did as children. I remember experiencing it from about the age of six.

“We would try to play with the white children in our area but their parents would call them back inside.”

Kathryn, who was born in 1965 said things eventually improved.

She added: “Dad was the only Jamaican on our street where I lived for 16 years but it improved when I got to about 10-years-old.

“He helped anyone who needed a home, a job, money, or a friend. Everyone who knew him loved him and he was known for always having a smile on his face.”

Kathryn also added that Alvin was a keen musician and that he and his wife, Margaret, who met in 1960 both played music in bars and clubs as a duet.

Kathryn said: “Music was so important to dad. He told us his mum didn’t want to go into music and he said he used to climb trees in his youth to play his trumpet in secrecy. His mum would beat him when he came down.

“He would work in the factory by day and every weekend he would duet with my mum. They were called Lynx, then changed their name to the East Lynne Duo after their favourite place.

“Our headmaster at Hathershaw School in Oldham used to let them hire a room to rehearse in on a Wednesday or Thursday night once a fortnight. He loved listening to them and asked my dad if he could teach him so he did.”

Kathryn added how much her dad’s love for music rubbed off on her and her two sisters.

She added: “I am proud of both my parents and loved every minute of going to watch them play. When we were younger, we had to stay in the dressing room but as we got older some places would let us sit in the main room and watch.

“It was great. As a teenager, I used to be able to take a friend with me every now and again. Me and my younger sister Pamela sang too, but only for a year doing a couple of songs and a bit of a dance routine at a few gigs.”

Alvin sadly passed away in 1985, but Kathryn proudly remembers his part in the story of the Windrush generation.

She said: “I am very proud of him. I’m proud he came to England to help rebuild Britain after the war. If he hadn’t of made that life-changing decision at 28-years-old, we wouldn’t have been here. He will always be with us in spirit.”

More recently, in 2018 the government had to issue an apology to the children of the Windrush generation after their citizenship status was questioned.

No record was kept of those who were allowed to remain in the country after the 1971 Immigration Act granted those who migrated before that year the right to live in Britain indefinitely.

After the Home Office destroyed the landing cards of Windrush migrants in 2010, it was made even more difficult for people to prove they had the right to be in the country.

Many who had been living in the country for decades since they were children faced the threat of deportation.

In 2019, the Windrush Compensation Scheme was set up. However, many are still waiting for recompense.

On Third Avenue down in Trafford Park, there stands a building unlike any other around it. Towering above the rest, the first thing you'll...
Read more

Here are some of the most adored chocolates and sweets from last 100 years. Some have survived and some have been sentenced to confectionery...
Read more

Love Me Do….The Beatles & Roy Orbison gig that rocked my world in Manchester, 1963

Radcliffe reporter, Pauline Smith, shares treasured memories of seeing the Fab Four perform in Manchester in 1963.  Becoming a teenager in 1961 was really a...
Read more