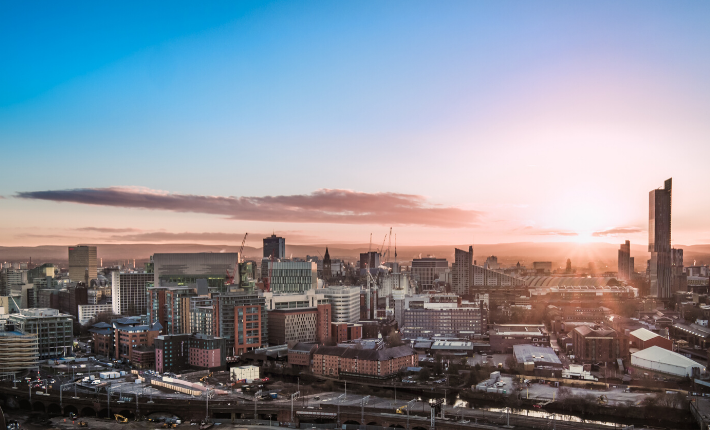 24 years on from Manchester bombing – we remember where we were

The sun was shining on June 15, 1996, in Manchester, as it has today, it was a Saturday, England was due to take on Scotland in the Euros, shoppers were out en mass at the Arndale Centre before Father’s Day and footie fans were also in the city for the next day’s Russia v Germany fixture at Manchester United’s Old Trafford ground.

This same day – Manchester was rocked. 24 years ago that two IRA members planted a bomb near Marks and Spencer – in the heart of the city. The explosion was devastating, injuring some 220 people – but remarkably no-one was killed.

Here some of our reporters remember where they were and what they were doing when they heard the sad news.

Oldham reporter Jean Friend said: “It was a Saturday when the bomb went off and I was in charge of a stall at the summer fayre at the North Manchester school where I taught. We heard the bang and I seem to remember everyone looking at everyone else wondering what had happened. I think it was later in the day when we got home that we found out. It was a miracle that no one was killed.”

Mike Dodd, our reporter for Oldham and Rochdale, said: “I was not in town that day but my real memory is the anger at the bombing of MY city, and an absolute determination to go into work the following Monday, despite authority concerns of a second device somewhere.”

Salford reporter, Paul Sherlock, said: “I remember being in our back garden in Swinton and hearing the explosion from here. Our elder son was working in a shop in Manchester at the time.”

Tameside reporter, Bob Alston, said: “We were at home that day, it being a Saturday, and we are far enough away from the centre of Manchester to not know until the news flash.

“One thing I do remember is that my brother was on duty and being stationed at A Division (Collyhurst Police Station) he was called to the area around Marks and Spencer and I was anxious that there may have been a second explosion and he may have been affected.”

Manchester reporter Pauline Smith was living out of the country at the time but saw coverage on the television, she added:  “It was with a sense of horror that we watched the coverage of the aftermath of the bombing on the BBC throughout the day and early evening and I called my sister and parents to make sure they were all OK. By the time I next visited Manchester a lot of the visible damage and scars had been cleared away.”

The positive effect of the bombing was the heightening of the regeneration of our great city, which saw it attract shops like Selfridges and Harvey Nichols. The Marks and Spencer reopened in 1999, and the former newspaper printworks nearby was transformed into The Printworks in 2000, the Commonwealth Games took place in 2002 and Manchester has continued to unite and thrive – threw the good times and the bad since 1996.

Our Bolton reporter and resident poet Carole Ogden wrote a piece that was used by BBC Radio Manchester for the 20-year anniversary service of the bombing. Check out our new video of her work – thanks, Carole!

Here is the poem in text form: