A group of our reporters enjoyed a day out together at Bury Pride and tell us some of the best bits from the festivities here.

This amazing machine is what greeted me when I arrived at the main venue for Bury Pride, the Drill Hall in Bury town centre. 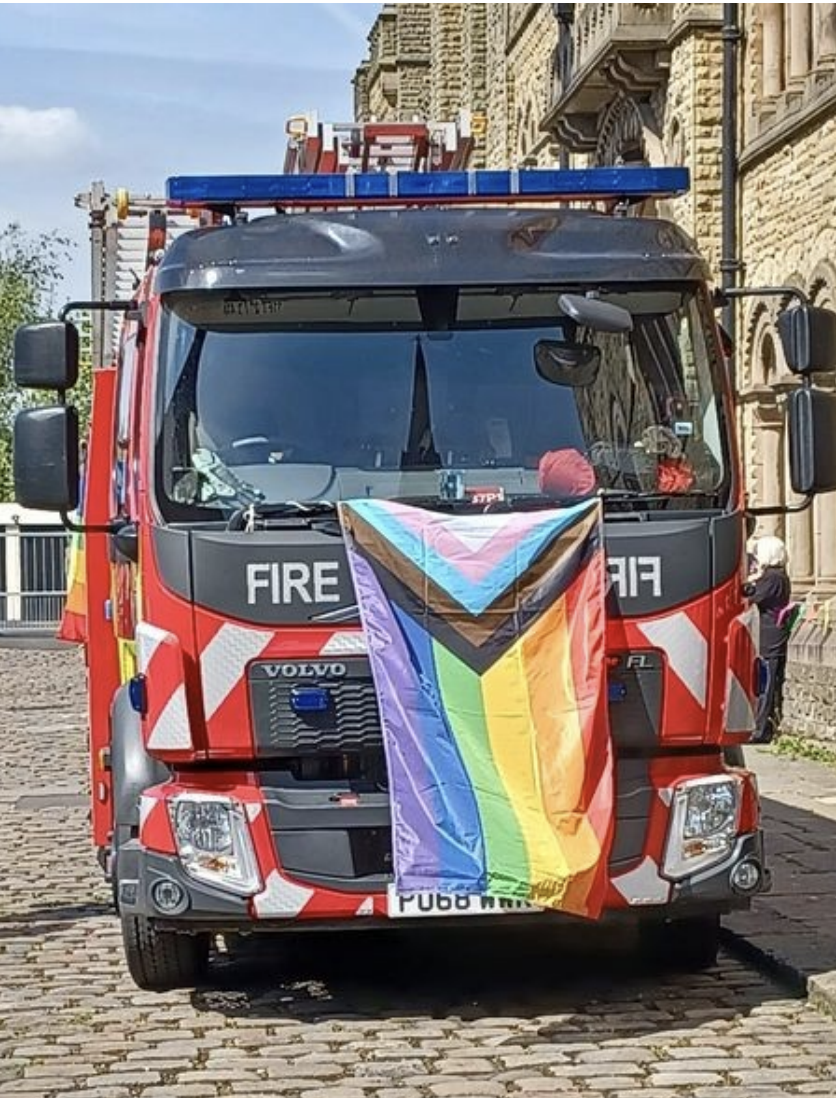 As one of the volunteer team from Bury LGBTQI+ Forum, I was there at 10 o’clock on a bright and sunny Saturday morning, and at that time it was fairly quiet.

All the stall holders had been there since 8am, setting up their stalls and the indoor stage and bar inside the hall, and outside near the fire engine was an outside stage and a bar. At that time there were no acts performing, though the drag artistes were in full flow later that morning and in the afternoon.

Check out our video here:

It was quiet enough that I had time to get a coffee from the nearby pub and I sat outside with four men at a nearby table drinking their wine and beer – a very different start to my normal Saturday mornings.

Gradually it got busier inside the hall as more people arrived to see the stalls and many of them to get advice – there were lots of younger people, umpteen of them wearing LGBTQ+ and Transgender flags as cloaks or even skirts and myriads with rainbow make up.

All the stalls seemed really busy by late morning and that continued until the Rainbow Parade around Bury started at 1pm with a speech from the Mayor.

I watched the Parade leave and then went back inside for some quiet and shared a slice of rainbow cake…not the whole piece…just a nibble of one of my friend’s slices as I’m not really a cake person.

During the quieter time I was able to catch up with Jax, who is a senior manager for Greater Manchester Fire and Rescue Services and also like me, she is a member of the GM LGBTQ+ Equality advisory panel to the mayor. She is a true gem. There was the third member of the Equality Panel also at Pride, Aiden, but he was on duty as one of the officers policing the event so barely had time to say hi.

Once the Parade returned to base my abiding memory is of this flag.

The festivities continued inside and outside the hall and at around 4 pm most of the stalls inside had packed up and many of the visitors were standing outside and enjoying the drag acts, the banter and the odd scoop or three.

Before I left to find my pumpkin carriage home, provided by a local taxi company, I gave big hugs and thank yous to David Catterall and Nikki Naylor. They are the cochairs of Bury LGBTQI+ Forum and were the two drivers of Bury Pride 2022 and deserve lots of congratulations for making it such a huge success.

It’s the first Pride of the Pride season across Greater Manchester, and it has a special family feel atmosphere and reflects the people of Bury in being warm and welcoming to all visitors. 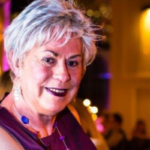