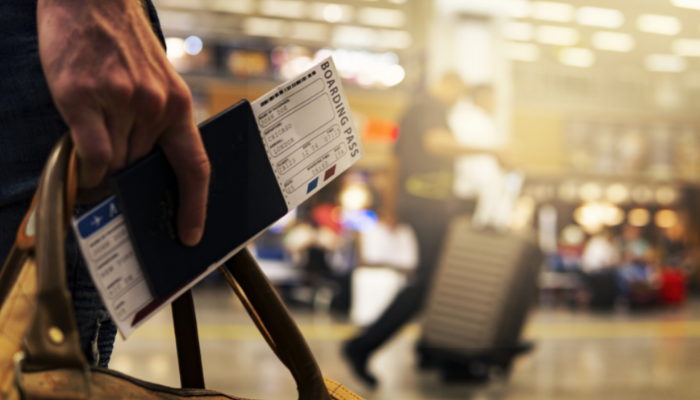 Mayor of Greater Manchester Andy Burnham has issued a statement following his meeting with Manchester Airport.

Over the last couple of days, some passengers have reassured others on social media that waiting times had been very low.

However, the airport boss warned the BBC that passengers could still face queues for weeks to come.

A couple more lines have formed at T1 as passengers wait for check-in desks to open. Plenty of people who have taken the advice to get to Manchester Airport much earlier than usual for their flight. Entrance to security is currently very quiet. @MENnewsdesk pic.twitter.com/dBl3bQi9g0

Andy Burnham said: “Like everyone, I have been concerned to see some of the scenes at Manchester Airport over recent times.

“Many passengers have faced an unacceptable experience and it is important that every possible step is taken to prevent a repeat. People preparing to travel are understandably worried and there is a need for the clearest possible advice before they do.

“All airports have struggled to one extent or another with lengthy queues caused by staffing issues arising from the pandemic.  But it is clear that Manchester has faced particular challenges.

“Yesterday I met with the senior management of Manchester Airport to get a clearer understanding of the current situation. Some of the issues being experienced by Manchester Airport are beyond their control. However, that is not to say that other things could not have been done differently.

“Firstly, while the airport has been making strenuous efforts to recruit, more should have been done earlier. Secondly, communications to passengers ahead of and upon arrival should have been better, as should the management of the queues.

“However, it is important to acknowledge that some of the pressure arises from the decision Manchester Airport has taken to protect people’s holidays and trips and avoid cancellations as other airports have done.

“For that approach to continue the public need much clearer advice about what is being asked of them.”

However other people are reporting that queues are still long.

Security queues are apparently like 3+hours wait at Manchester airport right now, I get there 3 & 1/2 hours before my flight, not guaranteed to make it.#themasters and the grand national in bed if I miss the flight 😂

The statement continues: “To those travelling in the coming days and weeks this is the clear advice from the airport:

“Arrive at the airport 3 hours before your flight. Check your baggage into the hold in advance if possible. If you have to carry hand luggage please try to minimise it and ensure it is correctly packed before you leave home.

“Sadly, the disruption is not going to disappear overnight and this advice will have to be in place for the foreseeable future.

“While the airport expects that there will be some disruption for the next two months, I want people to be reassured that the airport, supported by colleagues in Greater Manchester, are putting in measures to ease it.

“First, to reduce pressure at security the airport management are increasing use of overtime and bringing in temporary staff.

“Second, additional staff are being engaged to help organise the large numbers of people passing through the airport and better information will be provided to passengers who are queuing, as well as steps to look after the welfare of those experiencing long queue times.

“Third, more real-time information on security queues will be published on the Manchester Airport website and some airlines are starting to offer passengers the ability to check in their bags the night before if they are taking an early flight.

“I have also looked at what more we can do at a Greater Manchester level to ease the pressure.

“Greater Manchester Police have increased police presence at the airport; And I have offered to the airport the services of some of our experienced TfGM staff to assist with queue management and communications to those waiting.

“Manchester Airport are making huge efforts to recruit staff, but one of the issues they are facing is the length of time it is taking for security checks to be completed.

“220 staff have been recruited and are currently awaiting clearance but the process is taking longer than usual.

“So, I am today writing to the Minister for Security and Borders asking if large airports, such as Manchester, which are experiencing longer-waits for vetting, could be prioritised for a period to speed up the process.

“Manchester Airport is run independently of my office and the ten Greater Manchester Councils. That said, we do work to support them in any way we can and will continue to do so until we have worked through the issues caused by the pandemic.”

Have you been affected by this? Let us know in the comments.