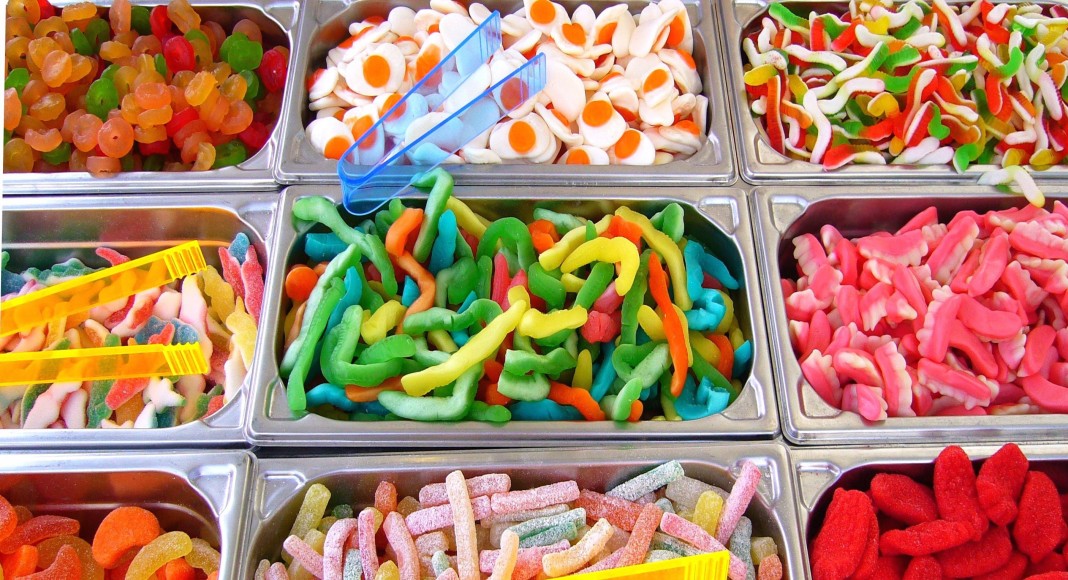 Here are some of the most adored chocolates and sweets from last 100 years. Some have survived and some have been sentenced to confectionery history, but all were favourites to someone.

Can you remember any of the ones that aren’t around anymore?

Consisting of milk chocolate, nougat and caramel, the Aztec bar was Cadbury’s short-lived answer to the Mars bar.

It could be found on shop shelves throughout the 60s and 70s and was a firm favourite for a while, even featuring in army ration packs.

However, by 1977 the bar ceased to be produced and its disappearance from the shelves was a shock to fans.

The chocolate bar made a short come back in 2000, re-branded as the ‘Aztec 2000’, but it also disappeared after a short while.

The Club biscuit has a long history stretching back to just before the First World War when the W&R Jacob and Co. factory in Dublin first started producing them.

The Club was made of a rectangular biscuit that was covered in a thick layer of milk chocolate to form a small chocolate brick.

In the 70s and 80s the biscuit gained in popularity thanks to popular ads like the one below.

Originally intended as a breath freshener, Parma Violets were one of the country’s early love-them or hate-them sweets.

The iconic purple tablet-shaped sweets have a distinctive taste which might be described as ‘perfumed’ by those who love them or ‘soapy’ by those who hate them.

Despite their divisiveness, Parma Violets can still be found on the shop shelves and their creators, Swizzels, have made a number of spin-off products including a Parma Violets cheese.

Swizzels’ Love Hearts are well recognised for their embossed messages in a love heart made from edible ink.

Originally, they only had the message ‘I love you’ on them, but in the 60s more messages were made, like ‘hello mum’ and ‘hey Daddio’.

Love Hearts started life as a Christmas cracker gift. Due to their popularity they became a regular produce of Swizzels and free packs could often be found in copies of the Beano magazine.

The sweet was so popular by the 80s that they were sold internationally and messages were translated into several different languages, including French.

Cadbury’s Spira bars had two hollow milk chocolate fingers to a pack and each had a twisted spiral-like appearance on the outside.

At first, they could only be found in the South West and North West of England, but they were distributed throughout the country after the mid-80s.

Popularity never seemed to be an issue with Spira bars, but in 2005 they were taken off the shelves.

Petitions and twitter groups are still campaigning to bring the much-loved bar back from the dead.

Nestle’s Texan bar was made of chewy nougat and covered in milk chocolate. However. it only enjoyed a brief moment on the shelves.

The bar was probably best known for its popular 70s animated advert depicting the Texan cowboy with his catchphrase, ‘sure is a mighty chew’.

After countless requests from former fans, Nestle brought the once-loved Texan back in 2005 before it disappeared into confectionery history once again.

Refreshers, also made by Swizzels, appeared one year after Love Hearts. The chewy sweet is best known for its fizzy sherbet centre.

On Third Avenue down in Trafford Park, there stands a building unlike any other around it. Towering above the rest, the first thing you'll...
Read more

On the morning of June 22, 1948, the HMT Empire Windrush pulled in to Tilbury docks, Essex, carrying 802 hopeful Caribbean migrants on board....
Read more