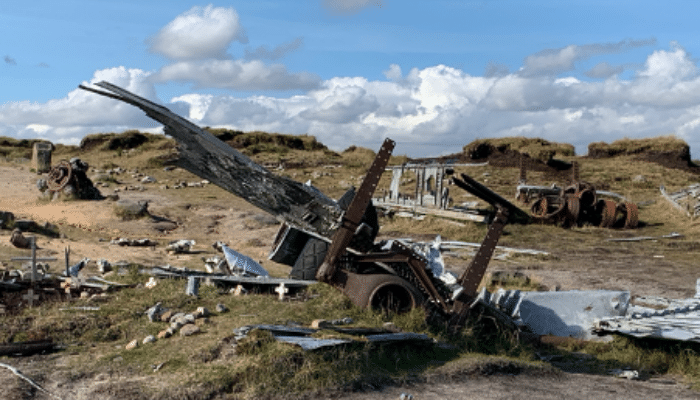 Bleaklow Bomber: the plane wreck that lies in the Peak District

There have been multiple airplane crashes over the North West Pennines, as it is a notorious flight path with its many undulations, particularly in low cloud and poor weather resulting in a loss of visibility.

One such crash, on November 3, 1948, resulted in all 13 occupants of a Unites States Air Force (USAF) Boeing RB-29A Superfortress sadly losing their lives on Bleaklow Hill, in the Derbyshire High Peak close to the town of Glossop.

It is not known why the airplane crashed, as it was on a routine flight from RAF Scampton, Lincolnshire, heading for the Burtonwood USAF base, near Warrington, Lancashire during daylight. It was accompanied by two other aircraft on the flight, and RB-29A was carrying USAF wages among other things. The payroll, onboard, totalling some £7,000, was found in a sack and was not burnt. The crew was due to return to the States a few days later. 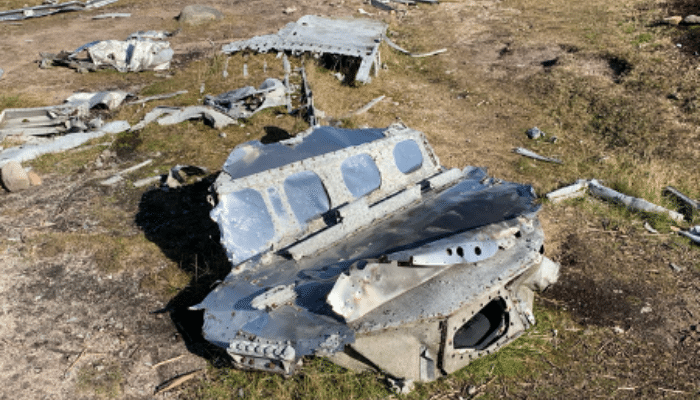 Over the years the crash site has seen many visitors willing to make the trek along the Pennine Way near to Higher Shelf Stones, where the substantial wreckage still sits to this day.

On July 25, 1946 the Boeing RB-29A Superfortress, 44-61999, named “Over Exposed” was used to photograph underwater bomb tests, before being re-assigned to the 16th Photographic Reconnaissance Squadron.

When “Over Exposed” failed to arrive at Burtonwood, an air search was initiated and that afternoon the burning wreck was spotted high on the moors. By chance, members of the Harpur Hill RAF Mountain Rescue Unit were just finishing an exercise two and a half miles away, and they quickly made their way to the scene, but it was clear that nothing that could have been done for any of the crew.

It is assumed that all 13 men on board had been killed instantly when the aircraft flew into the moor. Quite why Captain Tanner did not fly at a height sufficient to clear the high ground is a mystery.

After the crash investigation team had finished, the tail fin, which was still standing upright, was destroyed, as it could be seen for miles around and was attracting too many sightseers.

Later, with the permission of the Ministry of Defence (MOD), a gun turret was removed and is now in the air museum at Newark. Incredibly, a man from nearby Hadfield found a wedding ring at the crash site in the ’70s, which turned out to belong to Captain Tanner, which was later returned to his daughter. 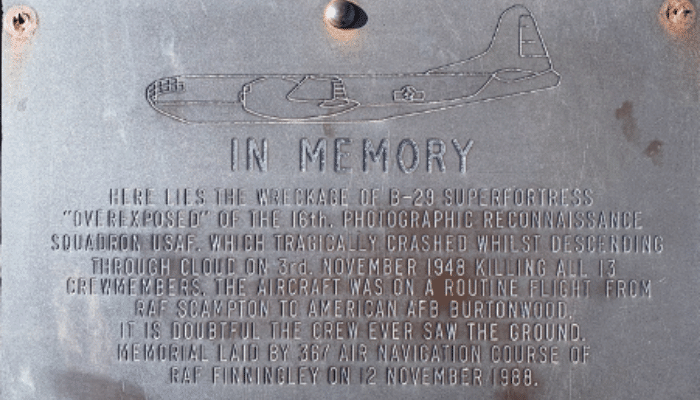 A memorial and plaque was unveiled at the site on November 12, 1988.

The pandemic has seen a spike in cybercriminals targeting older people who have been scammed out of more than £2.4m during lockdown due to...
Read more

A trip down memory lane: Our readers’ first jobs – Part 2

Here our readers take a trip down memory lane and share stories of their first jobs after leaving school. What was your first job? Catherine Knowles "I...
Read more

Next up in our ‘My First Job’ series, our Bolton reporter Carole Ogden shares her memories below. What was your first job after leaving...
Read more