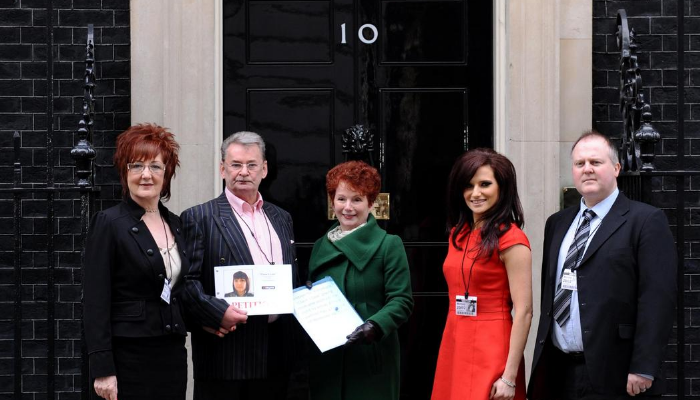 Campaigner Michael Brown, who fought for a law change after his daughter was murdered by her ex-partner, has died aged 76 after a short illness.

Mr Brown had dedicated his life to pushing for a legal change to give a person the “right to know” about a partner’s violent past, after his daughter, Clare Wood, was killed in her Salford home.

Following his campaign, the Domestic Violence Disclosure Scheme, known as Clare’s Law, was introduced in 2014.

Mr Brown received a British Citizen Award in January and was also patron of Endeavour Project, a domestic violence charity in Bolton, who have paid tribute to him after he died on Saturday, July 18.

Jill Caldwell, chief executive of Endeavour Project, said: “Michael was a powerhouse, no one who heard him speak could fail to be moved by the passion and drive he brought to his campaigning.

“After the best part of a decade, Clare’s Law will finally become enshrined into law as part of the Domestic Abuse Bill currently going through parliament.

“There is no doubt Clare’s Law saves lives. We and agencies like ours speak to people about disclosures every single day and offer the support they need to escape an abusive situation.

“Thank you, Michael, you were exceptional and will be sorely missed by many. Your legacy has saved hundreds and will save thousands more. Our thoughts are with Michael’s family and friends.”

Michael was joined in his campaigning by Michelle Livesey Feingold, chief reporter for Hits Radio. Together they gathered a groundswell of support and momentum, which brought Clare’s Law to the attention of politicians.

Michelle, who is also a patron at Endeavour, said: “Michael really was a special guy. I first met Michael after the inquest into his daughter Clare’s death in 2011.

“I asked Michael if he’d mind if I ran a campaign in his daughter’s name, which we’d call ‘Clare’s Law’.  We worked hand-in-hand together for years, with many trips to Parliament and Downing Street, domestic abuse charities and police forces.

“In 2014 we were delighted that Clare’s Law, or the ‘Domestic Violence Disclosure Scheme’ as it’s also known, would be rolled out across England and Wales, giving everyone the right to know if their partner has a history of violence. Several years later and other countries around the world including Canada and Australia are introducing the scheme there.

“Michael was not only my campaigning partner in crime, he was my friend. He was a ball of emotion that would make you laugh one minute, and then have you in tears the next. He took the pain of losing his daughter in the most horrific circumstances and ploughed it into positive energy, to stop anyone else going through what his daughter did, as well as he himself as a father. His legacy is life-saving and thanks to Michael there’s now another powerful tool in place to protect people from domestic violence.”

Clare Wood was murdered by her ex-boyfriend George Appleton in 2009. He was found hanged in a derelict pub six days later.

The 36-year-old mother-of-one had met him on Facebook but knew nothing about his history of violence against women – he had been jailed in 2001 for breaching a restraining order on another ex-girlfriend and in 2002 for harassing another woman.