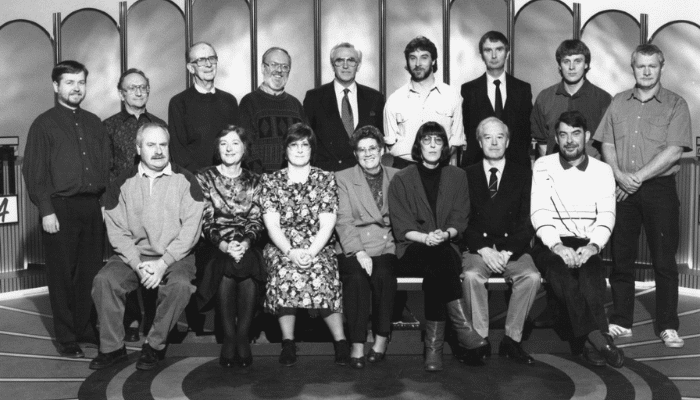 From Fifteen to One and The Chase: Come on down top quizzer Carole

Whether you love them or hate them, quizzes and game shows are a part of British culture, from a Friday night pub quiz in your local boozer that has now turned into the Zoom quiz in the kitchen (thanks COVID) to staples such as The Chase.

And we are lucky to have a top quizzer in our ranks. Our very own Bolton reporter, Carole Ogden, has participated in 10 television quiz shows. Yes, you heard that right, 10. From Fifteen to One to The Chase. We know who we want on our team at the next Christmas do.

Carole said: “My husband and I used to do a quiz for fun at the local pub and then we joined the quiz league. I enjoy the personal challenge. My strength is general knowledge and I am good at food and drink because I cook a lot, I think you tend to be good at what your interests are.

“Plants and insects, is also a good one for me, as I used to work for the Ministry of Agriculture for a while.

“My weakness is definitely sport or politics. Although in history I am improving, I can usually be in the right century these days.

“But I have a terrible memory for authors and things like that, I will get mixed up with the classics, it is not my strong suit.”

Carole’s knowledge has taken her far in the quizzing world and landed her on some of Britain’s best quiz shows.

Do you remember ITV’s Winner Takes All hosted by the late Geoffrey Wheeler? This was Carole’s first introduction to the TV quizzing world.

In 1994 she participated as a contestant on Fifteen to One, a quiz show produced and presented by the late William G. Stewart. It was the quiz show that had a reputation of being one of the toughest quizzes on British television (impressive Carole).

Carole added: “I auditioned at Manchester University and then they literally had us standing around a circle of chairs and then we stood up behind the chair and we had three pieces of paper which were your lives. If you got a question wrong, you put your paper down.”

William G. Stewart himself even provided some great advice about the quizzing world to Carole.

She said: “He said ‘you will notice that you will know the questions of the people either side of you but you won’t know your own because your mind goes blank’.

“It was true. All the way throughout the game I knew loads of the answers for the other players, but when it came to mine, they were really hard.”

And it did not just end there for Carole as her latest TV quiz venture was participating on the popular ITV quiz show we know and love, The Chase, facing chaser Paul Sinha.

She said: “The questions were horrendous. I thought it would be easier when you have the choices, but sometimes it throws you in another direction.

“You know if there are two plausible answers you kind of think, is it that one or is it this one?

“Mine was something to do with radioactivity and I remember thinking how on earth do you know this? I think I got it right only because of the multiple-choice.”

Unfortunately, Carole and her team lost against Paul with only 45 seconds left on the clock to spare.

She added: “The worst part is when you’re in that final round. I was the one that buzzed to pass it and it is the timing because you do not know whether the person next to you needs thinking time.

“That makes it that much harder for the team plus you have got to wait for them to say you’re name.

“I found what happened was you think of the answer, hit the buzzer and in that second it goes straight out of your head.

“It is on my to-do list now to apply for some more quizzes as there are always opportunities and even now, with the COVID-19 restrictions, they have been filming.”

We will look forward to seeing you back on our screens soon Carole!

On May 16th, 1966, Bob Dylan, released Blonde on Blonde, often named as the best album of his career by music journalists, and the...
Read more

Nature girl: a childhood filled with discoveries with wellies on and a jam jar

Mad Fer it: How the Hacienda changed the Manchester music scene forever

Hands up if you have spent many a night that you may not remember in the Hacienda?   Talking About My Generation spoke to former raver...
Read more

FROM THE MILLS OF THE NORTH WEST TO THE NATIONAL PORTRAIT GALLERY – the story of Sefton Samuels PART 2 In part two Sefton talks...
Read more