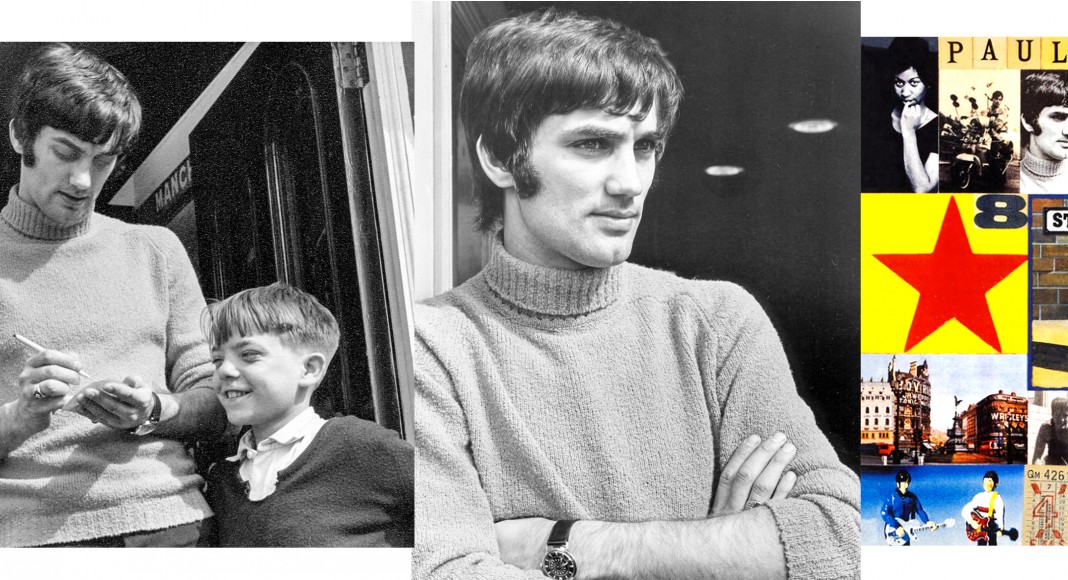 Our Tameside reporter Bob Alston shares his story of Manchester-born iconic photographer Sefton Samuels, and how a chance meeting turned into a lasting friendship.

Sefton Samuels was born in Manchester in 1931, and in January he celebrated his 90th birthday. He attended Manchester Grammar School where he left, at the age of 16, and trained in textiles and went to work in mills around Yorkshire. He later left this life behind to follow his passion – becoming one of Britain’s most iconic photographers.

I first met Sefton on a typical Manchester winter’s day in 2011 at the Wilmslow Guild, where he was the guest speaker to a selection of Greater Manchester armature photographers. What we were all presented with was a large selection of some of Sefton’s finest and most poignant photographic prints depicting an array of famous national and international figures of music, politics, and sport, and Sefton spent time re-telling how he took each one of them.

Of particular interest to me was when Sefton presented a copy of his latest book called ‘NORTHERNERS – Portrait of a no-nonsense people’, and it was at this point that I realised that I’d left my copy of it at home, which I wanted Sefton to sign for me.

The NORTHERNERS book contains just a small selection of Sefton’s vast image library from over six decades as a photojournalist. The interesting thing is that this book would never have been published if it hadn’t been for one special person. Sefton takes up the story: “I had amassed many images throughout my career, and I was fortunate to just be in the right place at the right time, as they say! Upon retiring (which I never did really) I continued to take photographs whenever I could, but these were personal to me rather than for public display.

“Anyhow, it was my youngest son, Tim, a documentary filmmaker, author, and broadcaster, who pushed me into gathering together more than 130 images that make up the contents of NORTHERNERS, and with his help, the book was born.”

During the interval of Sefton’s presentation, I explained that I had intended to ask him to sign my copy of NORTHERNERS, but foolishly I’d left it at home. In typical northern hospitality, he said: “Not to worry Bob, I’ll give you my phone number and address, and when you have some spare time give me a ring and we can arrange a time for you to come to the house and I’ll do it then for you.” Amazing, and this started our friendship that has lasted nearly 10 years.

On the subject of NORTHERNERS, Sefton asked me: “Do you think you can track down some copies of my book Bob? The publisher has sold all theirs and was not intending doing another print run.” Obviously, I said yes, but I didn’t know that this was going to later take me to a warehouse in Warrington.

I discovered that a company called ‘The Book People’ was selling them. Actually, they were selling them for less than half the recommended retail price, and when I told Sefton that I had tracked down some copies and what the price was he said: “What! Get me 30 please Bob.” You see Sefton was giving them away to friends, galleries, and fellow photographers, so off I travelled to the said warehouse in Warrington to pick them up.

Since that first visit to Sefton’s house, where I met his lovely wife, Anne (who makes a mean cake or two), I have made many more trips down the M56 to meet this charismatic and interesting character, and to sample more of Anne’s culinary skills too!

I am made to feel at home in Sefton’s company and would listen to the many stories he has describing the famous people he has met and photographed. One of these being George Best my footballing idol when I was a lad. Sefton explains how a chance meeting led to his images of ‘Bestie’ being used all over the world: “He was leaning against the doorpost of his menswear shop on Bridge Street, Manchester, enjoying the spring sunshine and I was coming back from my lunch when I spotted him. I walked over and said, ‘Would you mind if I take a few pictures, George?’

“He was very obliging and relaxed and said, ‘Yes that’s fine.’ I was only a few moments taking the photos, but I didn’t realise then that I’d get such significant pictures and the National Portrait Gallery used one, which they turned into postcards.” Those of you who are music lovers will recognise the photo of George Best on the cover of Paul Weller’s Stanley Road album, well which is one of Sefton’s.

Sefton’s no stranger to music himself, he’s quite an accomplished jazz drummer, which was obvious when I first walked into his home/office and spotted a full set of drums! He tells me: “At one point I turned semi-pro playing alongside the likes of Karl Denver and the highlight of my short musical career was three appearances at the Free Trade Hall, Manchester, at the Jazz Unlimited concerts, with the Paul Beattie Skiffle Group and later winning North West Skiffle Group of the year at Sale Locarno. But, in the end, photography was the way I was always going to go.

It’s well worth a visit to Sefton’s website too: www.seftonphoto.co.uk

In Part 2, Bob tells us how Sefton met the enigmatic Laurence Stephen Lowry and how he comes to own a bronze bust of the great northern artist!

Do you still use Mancunian Rhyming Slang?

You've heard of Cockney rhyming slang... going up the apples and pears (up the stairs) or eating a Ruby Murray (curry) ... but of...
Read more