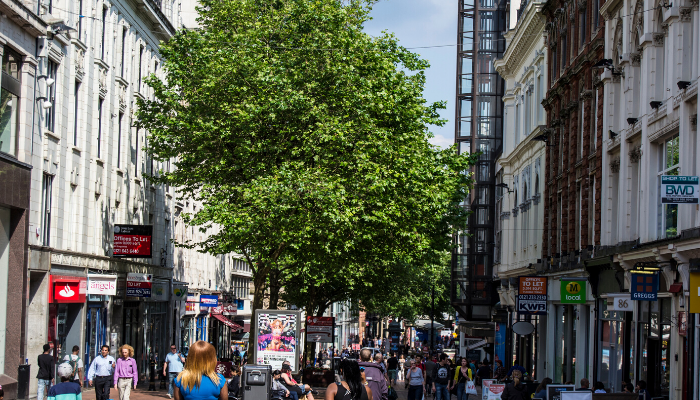 There are growing fears that the impact of the coronavirus pandemic could leave an entire generation of people in poorer economic and physical health as organisations across the country have called for national action. However, a recent project in Greater Manchester aimed at supporting unemployed carers aged 50 and over could hold the key to addressing some of these concerns.

Ambition for Ageing says the key to fixing unemployment in later life could lie in a more personal approach after a recently conducted project in Greater Manchester found success in supporting unemployed carers aged 50 and over.

Working Potential, commissioned by GMCVO and funded by the National Lottery Community Fund ran from February 2019 to March 2020.

It engaged with more than 90 carers aged 50 and over through three delivery partners; in Bolton, Wigan and Salford, ran by Bolton at Home, Making Space and Upturn Enterprise respectively.

Ambition for Ageing Project Officer, Rebecca Harris said: “The project changed a lot as it went along. It became less about employment support and more about emotional support and a carers support project rather than what we initially thought was just helping people get into work.”

With an increasingly ageing population, more people are having to become carers to look after loved ones in later life.

The Working Potential report stated that one in five people aged 50-64 is a carer and that many are having to give up work as a result.

It also said that those who would be able to work on a more flexible basis are coming across barriers that prevent that from happening.

Rebecca added: “From the report, it seemed that some of the barriers that unemployed carers came across were related to their mental health.

“People felt that they couldn’t take on employment because they didn’t feel ready for it. They thought they would be letting down the employer by needing to leave early or go to appointments. It was a barrier they were putting up themselves.

“The person they cared for was the number one priority in their life and they felt that no one was looking out for them and in turn they stopped looking after themselves.”

Each delivery partner recruited two Working Potential ‘coaches’ each, to offer unemployed carers one to one support in the form of skills support and counselling.

Rebecca added: “The coaches came from a diverse background. Most of them had done employment support before but they hadn’t necessarily done it for carers.

“That face to face contact, instead of people accessing support over a computer screen was so important.

“I know some people are comfortable with using technology but for those who aren’t it’s a massive barrier. A lot of people felt that meeting and speaking with that coach was time for them.

“Even things like helping someone to sort out a messy handbag or sorting out files and papers were breaking down barriers in carers’ minds.

“I remember one job coach in Bolton saying they would spend all day with one person just helping them to sort out their bills.

“It’s not something quantitative that you can really capture in a report, but it really helped this person think about work afterwards because those things that were overwhelming them were out of their mind.”

Working Potential ended just before the nationwide lock-down and there have been calls for more to be done to stop an entire generation of older people sliding into poorer economic and physical health.

A recent report by the Centre for Ageing Better stated that only 39% of people aged 50 or over, who are furloughed or of working age but not in employment are confident of future employment.

It also stated that 37% of this age group had been drinking more and 39% had been smoking more. Thousands have had hospital and dentist appointments cancelled or delayed.

Anna Dixon at the Centre for Ageing Better said: “If this generation continues to be an afterthought in the coronavirus recovery, we will see a lost generation entering retirement in poorer health and worse financial circumstances than those before them.

“We need to see much stronger action to improve the health of the population and tackle the causes of preventable illness and disability, especially in poorer areas.”

People aged 50 and over living in Greater Manchester have shared their concerns about post-lockdown life.

After working as a psychiatric nurse, Lesley spent 14 years as an archiving assistant before moving to Greater Manchester with her husband and daughter.

She said: “I’ve applied for a few jobs, but unfortunately there aren’t any jobs in archiving at the moment.

“I don’t anticipate ever going back into full-time employment now because I haven’t got the will to go out there and scratch around day in day out for a job, which I think you’re going to have to do now.

“If there was a job available that really interested me, I might go for it but I’m mainly volunteering at the moment. Since the election, I got involved with the Labour group in Bury North. Through them, I’ve also got involved with Bury climate action.”

As well as general concerns about coming out of lockdown, Lesley is worried that the raising of the state pension age will have a negative impact.

Lesley added: “I won’t get my pension for another three years. I got four years notice that I couldn’t retire at the age of 60 with a state pension, which is despicable. Some of the earlier 50s women have had no notice at all and they were suddenly expected to work for another six years. They just sent us over a cliff.”

Carole, 59, said: “I think it will be interesting to see if older people really want to go back to work, but with the changes that we weren’t told about concerning pensions they might have to. My pension age jumped overnight and you find out you’ve got to work another five years.

“I worry that COVID will potentially give employers a good excuse to dispense of the services of older people.

“In some cases, you get job vacancies filled up even before it’s been advertised. I think that can be really frustrating for some people because they’ve already got someone shoe-horned into that position. It can be quite soul-destroying when you’re applying for jobs.”

Carole, who volunteers in her community, had been helping to teach English as a second language in Bolton before the lockdown.

She added: “I’ve been laid off from that. I was working on a sessional basis and they said fairly early on that they wouldn’t be continuing in September because they don’t have the budget.

“The future just seems uncertain at the moment, but we’ll just have to wait and see what happens.”

Ambition for Ageing has followed others in calling for action in making sure people aged 50 and over are included in the post-lockdown re-build conversation.

John Hannen of Ambition for Ageing said: “On the onset of the previous financial crisis, unemployment among older people increased significantly and the fear is that the pandemic will lead to a similar scenario.

“We know that there is likely to be a wave of people going onto Universal Credit when furlough ends, which is likely to hit older people harder than other generations.

“In terms of over 50s seeking employment, we must make sure that older workers are not at the back of the queue.

“Many of the previous barriers to work will need to be addressed and employers will need to offer flexible working options for those juggling caring responsibilities alongside work, as well as those with health conditions.

“Employment support provision will need to recognise the barriers older people face when seeking work and the Government may need to incentivise employers to employ older workers.”

A model for the future

Rebecca Harris at Ambition for Ageing added that the success of Working Potential could offer an example to future employment support programmes.

Despite the concerns surrounding the current climate, she insists there is a light at the end of the tunnel.

She said: “It seems like employers are more aware of the need for flexibility in the workplace, particularly because of COVID. It’s being talked about more because more people are working from home.

“Hopefully that encourages employers to think more about flexible working in relation to carers.”

Rebecca said the social groups that carers formed as a result of the project was a major success of Working Potential.

Rebecca added: “Carers reported an increase in their own mental health through the walking groups, sewing groups and coffee mornings and they felt more prepared for employment in the future. It didn’t seem like such a daunting prospect to them anymore.

“We also found that people who were involved in the social groups became more aware of different services either just through hearing about it through the other carers who were taking part or through the job coaches.

“Just by being out and about with a community the carers developed more hobbies and interest and had an improved sense of self. That was a massive positive to come out of the project.”

Some of the groups which came about as a result of the project are now self-constituted groups that still exist today, like Walking Potential in Bolton.

Rebecca also added that the project, which recorded 63% of participants saying they were more confident in their ability to search for work, can provide a model for other employment support programmes going forward.

“We’ve learnt that we would suggest that other projects try to tailor the project and think about the person and what they’re going through before just finding job roles and building someone’s CV.”