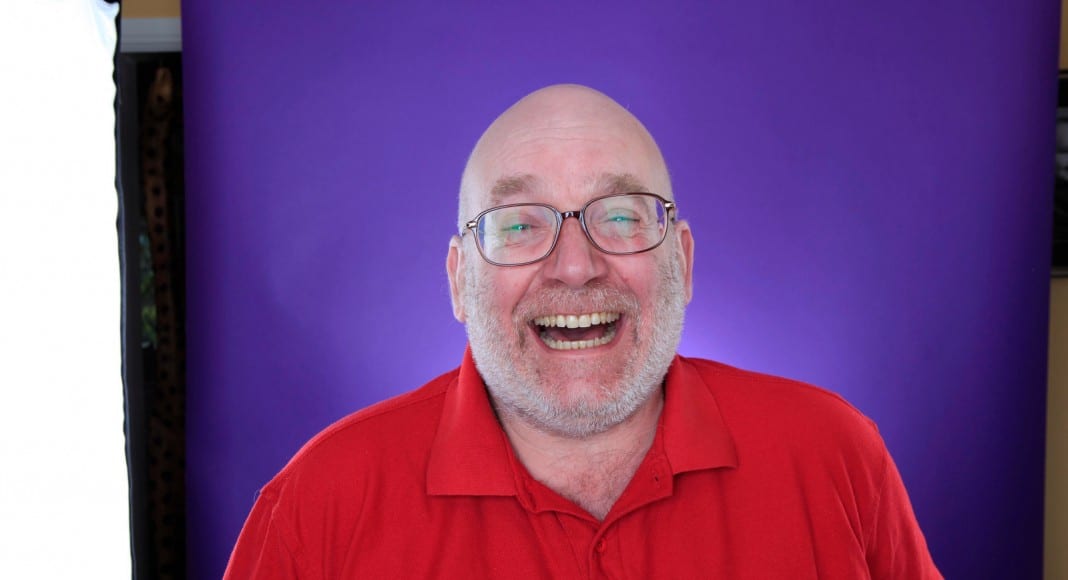 Robin Graham has been leading laughter sessions that increase wellbeing and support the local community.

As director of Feelgood Communities CIC, Robin has over 20 years of laughter experience and community development knowledge.

During lockdown, the 60-year old from Salford has been leading Laughter Yoga webinars for Unionlearn which provides opportunities to improve health and happiness through laughter and creativity.

Our reporter, Ruby Fatimilehin, spoke to Robin about the benefits of laughter.

Robin said: “In 1997 I learned some yoga breathing techniques which were very powerful. At a practice session, the teacher read a note which said: ‘stand on street corners and laugh.’ I thought: ‘I’m a serious person, but there is some humour and laughter inside me.’ That session gave me permission to laugh more seriously.”

Robin’s sessions involve laughing as a therapeutic exercise which helps to release stress and boost self-esteem.

“Laughing in front of people can be quite awkward and uncomfortable. People might say: ‘I don’t laugh when people tell me to laugh, I only laugh when it’s natural.’ So, my way of leading a session tends to be to let it be as natural as possible. 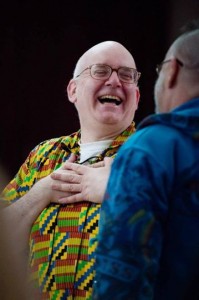 “Imagine a room which is full of people who don’t speak the same language and are not from the same background. Say I go into the room and just start laughing. I’m starting to laugh and the more I try to suppress my laughter, the bigger my laughter gets. I would imagine that after a few minutes, we could have the whole room laughing. When everyone is laughing our stress levels have decreased and our happiness levels have gone up. Our barriers are down and people will be smiling at each other. Once that happens, you’re making connections, you don’t need to speak the same language.

“Right now, I can’t do face to face sessions. Laughter is like singing when you’re singing, you’re projecting your voice. Choirs aren’t allowed to meet yet because you’re projecting three metres, maybe four. So, we can’t meet either.

“I am rather blessed to be able to do webinars. This year I was invited to do five online 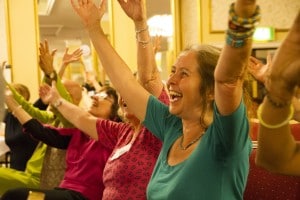 webinars for Unionlearn, which is the Trades Union Congress learning page.

“To begin with, I thought: ‘I’m not sure how to do this, I’m not sure what works.’ But I think the key is to try to relate to people and make a connection with them. If I did a Laughter Yoga session which was too weird or too silly, that’s not going to work. Instead, I do natural exercises, I say ‘let’s just move, let the laughter be in our body and see how it makes us feel.’ 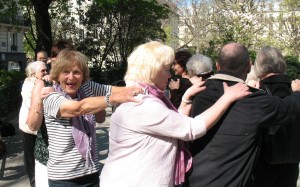 I did some online sessions specifically for older people through a group called Brew and Chat, and there’s another one called Tech and Tea, and these are run by an organisation called Inspiring Communities Together. Even though it’s online, we can get people to smile at each other, to wave, to say hello, and start to make connections that way. One person involved was quite emotionally moved because, for the first time in some months, he was able to talk to people and the laughter enabled him to relax and he felt it was safe to speak.

“Older people possibly laugh less. Laughter takes energy and as people get older, they have less energy. Maybe they are dealing with the grief of their peers dying or they experience loneliness. But if we got people regularly doing laughter sessions, little by little it would combat those things.”

In September, Robin will be one of three tutors helping unemployed people gain skills and build their self-confidence. The free online education will include some laughter as well as CV assistance and other practical skills. If you are interested in attending these tutored sessions please email Robin at robin@feelgoodcommunities.org