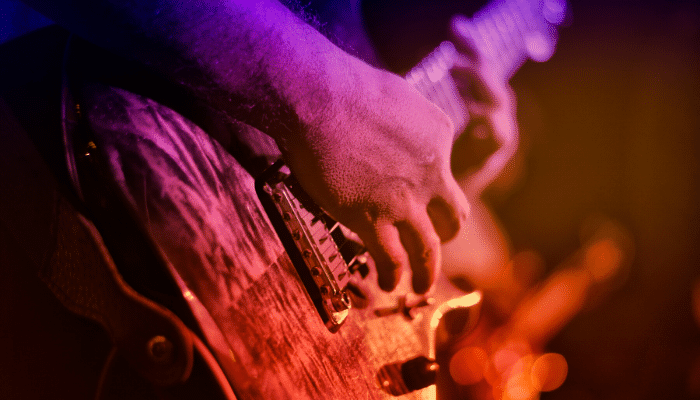 Is this the ultimate top 10 greatest Manchester bands of all time?

We’re taking you on a whistle-stop tour of the best bands to come out of our city in the 60s, 70s, and of course the iconic ‘Madchester’ era, and will be counting you down through our favourites…is yours on here?

Formed in Oldham by guitarist Graham Lamber and vocalist Stephen Holt, who recruited Craig Gill and Clint Boon (and even had future Oasis star Noel Gallagher as their roadie at one point). The group found chart success in the early 90s with their 60s rock-inspired, keyboard-heavy psychedelic style.

Our top track: This Is How It Feels

Playing under various other names at the start of their career, James was formed in 1982 in Whalley Range and signed to Factory Records. The bands first EP Jimone recorded in Stockport and released in 1983 landed them as a support act for The Smiths during their ‘Meat is Murder’ tour in subsequent years. The band dismantled after the departure of lead singer Tim Booth in 2001 but saw a reform in 2007 and has gone on to release a further six albums.

Our top track: Sit Down

The Prestwich post-punk pack, formed in 1979 and centred around vocalist and founder Mark. E Smith- the band’s only constant member over the years. Their ever-changing group line-up meant that the bands’ music went through a number of stylistic changes, with prolific BBC DJ John Peel remarking: “they are always different; they are always the same”. Smith’s death in 2018, aged 60, marked the end of the group.

Formed by Allan Clarke and Graham Nash in 1962 as a ‘Merseybeat’ group, which draws inspiration from the late 50s skiffle craze (jazz/blues/folk) as well as American Rock and Roll. They’re one of the few 60s groups that haven’t ever officially disbanded- you can still catch them touring with some of their original members.

Formed in 1976 by Bolton boys Howard Devoto and Pete Shelley, Buzzcocks are regarded as a big part of the Manchester music scene, for their punk rock and pop energy, inspired by the Sex Pistols. ‘Buzz’ meaning the excitement of playing on stage and ‘cocks’ being a Northern slang term meaning ‘mates’. Shelly died in 2018, but the group is still fairly active, with vocalist and guitarist Steve Diggle telling Peek-A-Boo Magazine last year that the group wanted to continue moving forward, creating a ‘new era’ for Buzzcocks.

Formed by the remaining trio of Joy Division (see below) after the death of their lead singer, New Order Debuted their first single Ceremony in 1981. Some were quick to dismiss the group for trying to relive their former glories, but further releases began experimenting with disco rhythms and electro beats, paving the way for a completely new aesthetic and sound. The band became adorned by the underground club culture and dance scene as they developed, and their track ‘Blue Monday’ became the best selling 12” single of all time.

Formed during the 70s punk explosion in England, the group’s raw, haunting and melancholy music took off after they supported the Buzzcocks at Manchester’s Electric Circus- at the time under the name Warsaw. Their first album Unknown Pleasures was released in 1979 under the Factory Records Label. The band dismantled after the death of lead singer, Macclesfield’s Ian Curtis, in 1980 – two days before a scheduled US tour.

Dreamt up by schoolmates Ian Brown (vocals) and John Squire (guitar) in 1985, The Stone Roses began to cultivate a following by playing in warehouses around Manchester, combining indie and psychedelia…enter ‘Madchester’ era. The band dissolved in 1996 but have returned since for comeback shows in 2012 and again in 2016, after releasing a few new singles.

The Burnage brothers that created one of the biggest rock bands of all time, Noel and Liam Gallagher signed their band to indie label Creation Records in 1983 and released their Definitely Maybe album the following year, which became the fastest-selling debut album in the UK at the time. The pair, notorious for their public and press-fuelled arguments and drama, last played together at V Festival back in 2009. The hope of a reunion hasn’t looked good for fans since (but Don’t Look Back In Anger, hey…)

One of the most iconic and important bands to have ever emerged out of the British independent music scene in the early 80s, cutting through the synth-powered new wave that had previously dominated. After signing with Rough Trade in 1983, the group released their first single Hand in Glove before debuting their first self-titled album in spring 1984. Tensions between band members Morrissey, Marr, Joyce, and Rourke were considered to be what led to an early demise for the band in the 90s. However, the four albums that the group left behind became the blueprint for many other legendary guitar rock bands to follow.