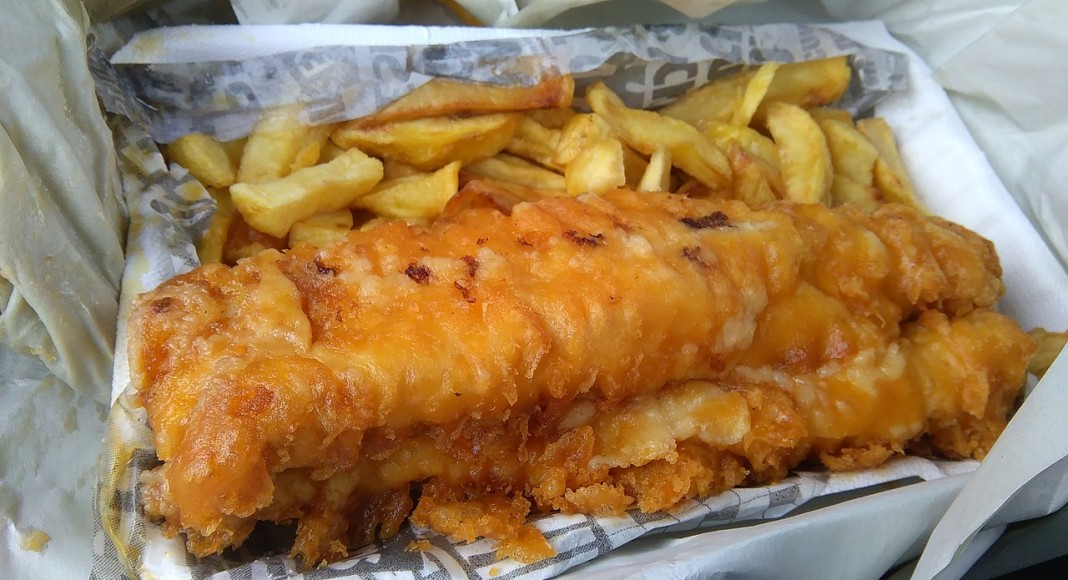 Fish ‘n’ Chips, Chip Supper or Chippy tea is a staple brit takeaway treat, whether you’re at the seaside or needing some late-night nosh on the way home from the pub. Today is a great excuse to indulge as the UK celebrates it officially- whether you take mushy peas on the side or absolutely not!

A brief history of the humble dish

Both Lancashire and London stake a claim in ‘inventing’ this meal, as chips were a staple food of the industrial north (although the chip goes back to 17th Century France and Belgium and neither can really decide who comes out on top) whilst fried fish was introduced to London’s East End. In Charles Dicken’s 1839 novel ‘Oliver Twist’ he refers to a “fried fish warehouse”.

The idea of battered fish may have come from Western Sephardic Jewish immigrants from Holland. In 1845, ‘A Shilling Cookery for the People’ written by Alexis Soyer gives a recipe for “Fried fish, Jewish fashion”, which is dipped in batter.

The development of trawl fishing in the North Sea and railways which connected ports to major industrial cities such as Manchester in the 19th century meant that it became a stock meal amongst the working classes.

To keep prices down, the takeout was often wrapped in newspaper, until the late 1980s where it was ruled unsafe for food to come into contact with newspaper ink.

Fish and Chips have been credited with sustaining our morale through both world wars, with Winston Churchill calling them “our good companions”. The meal was so valuable to our fighting spirit that it was one of the only foods that were never rationed.

In chapter five of George Orwell’s ‘The Road to Wigan Pier’, he attributes fish and chips, which he describes as “cheap luxuries”, as having averted our country from revolution post-war.

By the 1930s there were over 35,000 chippies but there are now only around 8,500 still standing today, according to the National Federation of Fish Friers.

So whether you smother yours with lashing of salt and vinegar, curry sauce or tomato ketchup, take cod over haddock, or opt for pickled eggs and onions on the side… today is a great day to support your local!

Use this tool to find your closest shop by entering your hometown.

If we are not talking about music in the Talking About My Generation newsroom then we are thinking about our bellies and sharing our...
Read more

After losing her daughter to suicide six years ago, Rebecca Jackson from Bury has leaned on self-taught crafting to which she credits 'keeps her...
Read more