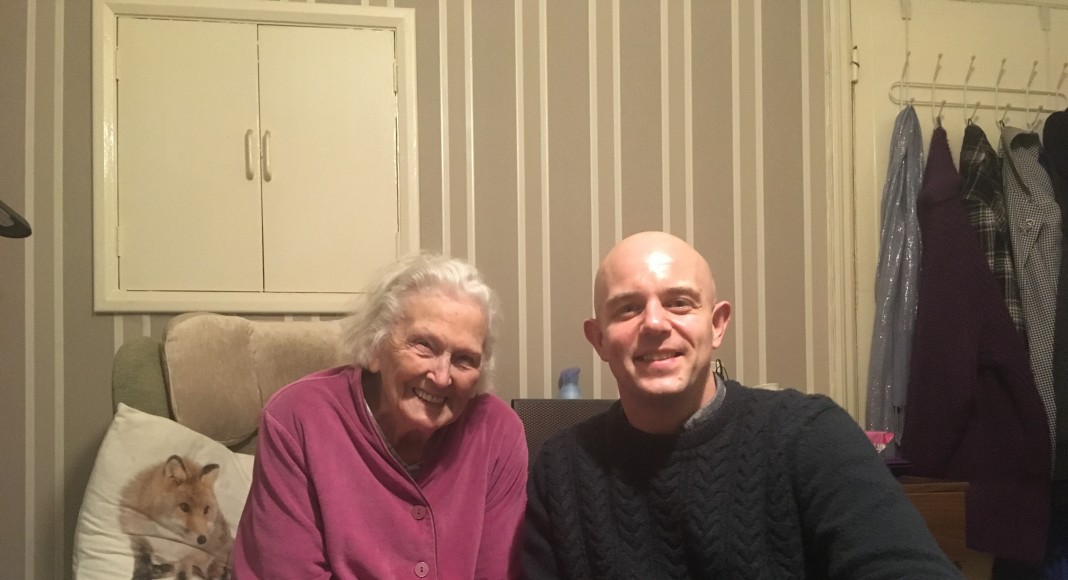 Manchester Cares, the Manchester branch of The Cares Family, have been matching younger and older people together as part of their Love Your Neighbour scheme. Friends meet up once a week to enjoy a cup of tea and chat about their interests.

For older neighbours who have spent a lifetime in their home neighbourhoods, the rush of the rapidly changing city can often feel like a lot to manage. Yet younger neighbours who have moved to Manchester as young professionals can often find themselves with limited roots in their communities. Love Your Neighbour matches older people who have deep roots in Manchester with younger people who have more experience with the fast pace of the city today.

Sarah, 88, from Longsight first became involved with the Love Your Neighbour scheme 18 months ago. She was matched with Anthony, 35, from Fallowfield and the pair quickly bonded over their love of literature and shared Irish backgrounds.

Sarah said: “Anthony is wonderful, he’s marvellous. He has a grandma who is like me who comes from Ireland. We talk about films that he’d love to see, books he’d like to read. He’s learning every time he’s here.  At 88 I have a lot of things to remember, good things and bad things. We never stop chatting.”

Anthony said: “Sarah likes to talk to about her upbringing in Ireland. She’s done a lot with her life and she’s involved heavily in the community. She’s got a photographic memory so some of the knowledge that she has is just amazing. When you share your time with someone who’s very open to sharing with you as well you learn a lot. I’ve definitely learned a few tricks. 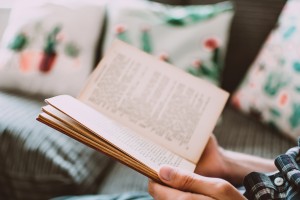 “Sarah loves to read. We’ve got quite a bit in common as she’s a writer and she loves words and I write poetry as well. I know she used to write quite a lot when she was younger, and she’s given me a couple of pieces that she wrote about herself. That’s been very interesting to read. It’s also one of my passions. I write in various forms and I’ve shared a bit of poetry with her which she’s enjoyed. It’s a good subject for us to get into.”

Since the start of the pandemic, over-70s have been instructed to shield by the government and on March 13, Manchester Cares along with the rest of The Cares Family suspended face-to-face activity to prioritise the health of neighbours.

Sarah and Anthony have kept in touch by phone call and socially distanced visits.

Sarah said: “It’s been terrible not being able to see Anthony over lockdown. He’s come to sit on the driveway, came on his bicycle and stood outside the gate but it’s not what we wanted at the start.

“He’s visited every Thursday and I would call him during the week just to see if he’s fine. I’m so pleased that he’s called because we always have a laugh. He’s calling today to drop off some magazines from his grandma.”

Anthony said: “It’s been difficult. We’ve had to adapt and sit in the garden a few times but that means relying on the weather. Sarah’s son wasn’t very well during this period so that’s been an added stress on her. With her son being in the house, we’ve been very careful with social distancing for obvious reasons. I think it’s been really emotional for Sarah, but we speak at least once a week on the phone and then I try and get down even if it’s just for a chat at the gate or to drop off a couple of magazines. It’s been difficult to balance that especially with the guidelines changing so often.

“Having company is very important. Even if it’s just a chat for half an hour to check in with her or we send a letter. Sarah’s really interesting and she’s funny as well. She cracks me up! I think It’s been nice for her to have a different person in her life. I feel like that contact with people is really important for anyone, no matter how old you are.”

For more information about Manchester Cares and how to get involved, visit their website here.