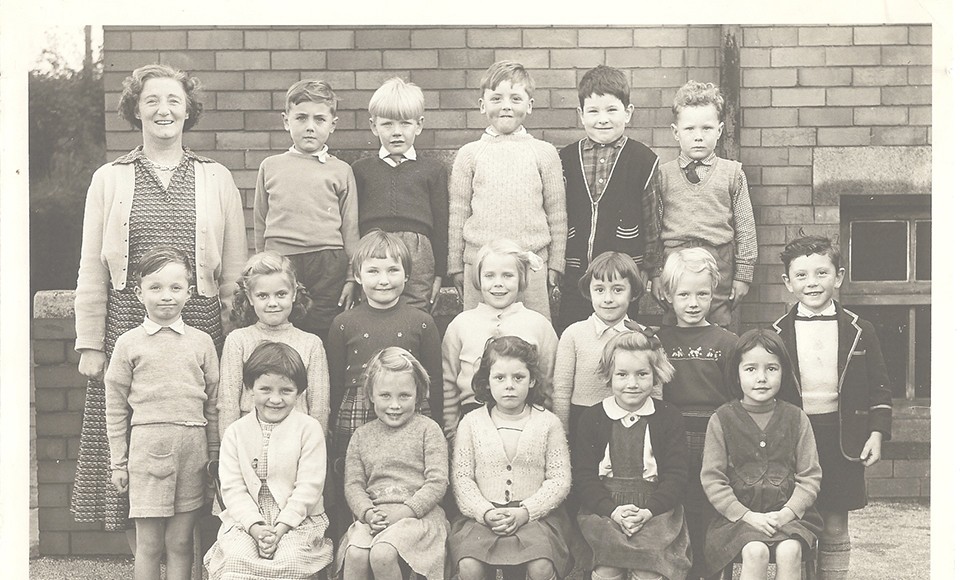 Memories of Oldham: 52 years later I’m still in the house I was born in

I think the editor Bob has not changed a bit! And he has inspired me to share some of my childhood memories of Oldham.

I entered the world on a very snowy day in December 1951 at 5:45 pm, followed a quarter of an hour later by my twin, Margaret. Sadly she was stillborn and as fanciful as it might seem I still miss her.

I was born in the bed that my Dad had brought downstairs to the front room. This was because there was no heating upstairs. I believe that winter was so bad that I didn’t go out for several months.

In front of the house there was a playground complete with slide, see-saw, rocking boat, witches hat, and king’s crown roundabout. Beyond that was Tomlinson’s field and then the next farm belonged to another family. I loved those fields. Tomlinson’s grazed cattle in them and in the summer cut and baled hay. We built dens with the bales but neither Jake or John Tomlinson told us off.

School was almost a village school made of the original stone one-room building, which had been extended with three further classrooms. I can’t remember my first day at St Matthew’s but I do remember Mrs Deaton and I can remember mirror writing from the board. I don’t know how I managed this symptom of dyslexia other than copying what others did. It was something that I learned to deal with myself.

During the early summer for a few years, our class was joined by the son of a travelling family, who I presume came to help with haymaking. I can’t remember his name but he was in a class black and white photo and I know he is wearing a yellow jumper.

As I started work in late July of 1968 the fields in front of our house were dug up and houses built. Hares and rabbits escaped by running into people’s gardens and the skylarks that I would watch high in the sky as I lay in Tomlinson’s field were gone.

52 years later I am still in the house I was born in. It’s changed a lot around here but we still have some green space. Like a lot of the greenbelt around Manchester, it is under threat. If Covid-19 has shown us one thing, it’s we need our green spaces.

LETTER FROM OUR EDITOR: IS IT AN AGE THING? PART 2

At the end of my last letter, I said my next real milestone was going to school for the first time, so this is...
Read more

In reply to the letter from our Editor - Is it an age thing? When I look back, I was very lucky to grow up...
Read more

LETTER FROM OUR EDITOR: IS IT AN AGE THING?

As I get older I find myself looking more in the past that I do in the future! Is this just me or is...
Read more

We can all help to protect our NHS

Dear editor, Re: Trade Talks taking place with the US now. This is something that affects us all, and could have a seriously detrimental impact on...
Read more