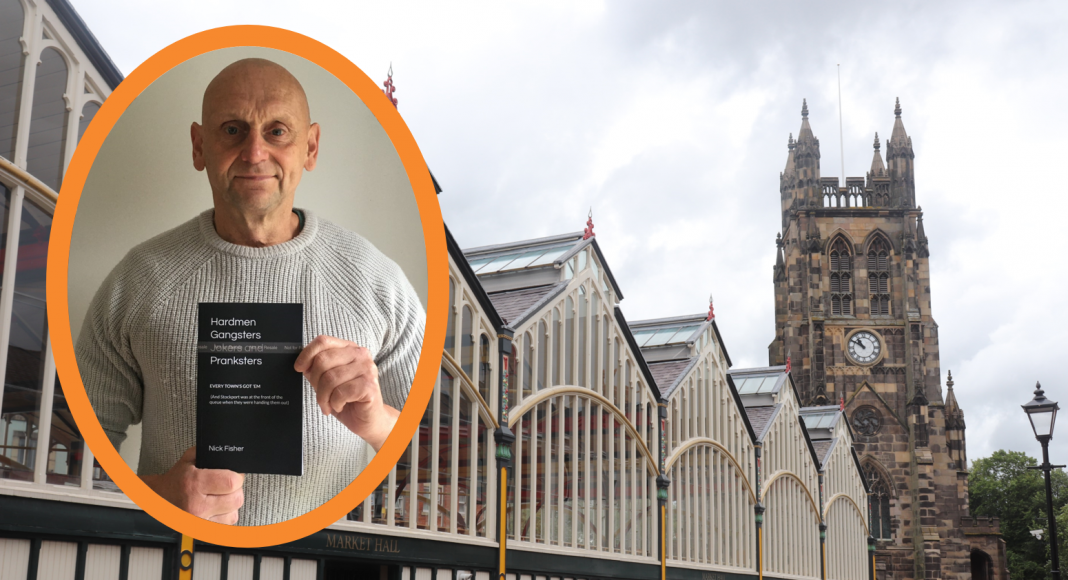 The book, Hardmen Gangsters Jokers and Pranksters: EVERY TOWN’S GOT ‘EM (and Stockport was at the front of the queue when they were handing them out.), tells of some of the events that have happened in the area and highlights notable locals. This includes: stories of the late gang boss, Christopher Little, a tragic murder on Hillgate and legendary nights at the Poco A Poco nightclub.

Following the book’s release in June, it has proven popular not just locally, but nationally, with Nick having shipped it to readers as far afield as Glasgow and Devon. The book even peaked at #25 on Amazon’s Best Selling True Crime Biographies list.

Nick, 56, said: “Every town has these characters, and perhaps the stories may be similar to what they’ve seen and people they’ve known. People have read it and related to it, and not just people from Stockport.”

Having written the book while in lockdown, Nick has also promised to donate 20% of the book’s sales to the NHS to show his appreciation for their continuous hard work.

The idea for Hardmen Gangsters Jokers and Pranksters came about when Nick was finishing another of his books: Everyone’s Got A Story To Tell, which is a compilation of people’s unique stories from all over the world. The stories featured in this book range from interesting to horrifying – with one chapter recounting how a camper awoke to find himself being swallowed by a python! He was inspired to write this while in Strangeways prison, decades ago and over the years has encountered many people with their own interesting stories.

He added: “There’s an old saying that everyone’s got a book in them, but it’s not quite true. Most people struggle to write a few pages, let alone a whole book. But everyone, no matter who they are, has got a story to tell, whether it’s funny, sad, uplifting, bizarre or weird.”

Nick’s writing style has caused him to hit the headlines many times over the years.

He was previously asked by former gangster, Dave Courtney to write his biography, helped a mystery millionaire co-write the book: Giving Away My Millions and learned that one of his publications was gifted to Prince Harry as a wedding present.

If you’re interested in checking out any of Nick’s books, you can find them on his Amazon page here.

*Additional thanks go to Nick for providing an original photograph for use in this article.