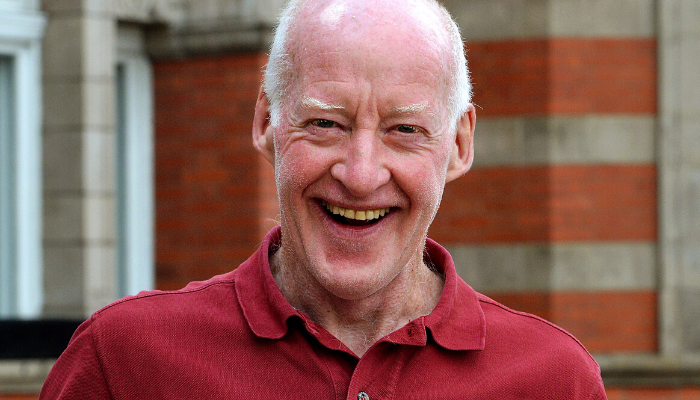 Next up in our ‘My First Job’ series, our Salford reporter Chris Vickers shares his memories below. What was your first job after leaving school?

“Listening to the news on the radio I heard that TSB was laying off a number of staff. The mention of TSB sent me on a reverie, as I began my working life in the late 1960s, as a callow 16-year-old, employed at my local branch, Irlams O’th’ Height. This came about because I left school with three O’ levels and absolutely no idea of what I wanted to do or clear direction from elsewhere, although my English teacher, Jock Weir, urged my parents to let me stay on at school.

“Bizarrely, my Grandad who had moved in to live with us had a word with the manager of the neighbourhood TSB, Dean Clayton, about employing me and so I met him for a ‘chat come interview’ and ended up being offered a job. Any job in banking in those days was considered safe, solid: ‘a job for life’.

“So it was I drifted into ‘penny banking’ administering and safeguarding the savings of the local community: butchers, bakers and world-famous referees! More of that later.

“Following a short period at the Height branch, I transferred to Pendlebury, a bus ride from home. The manager was old school, meticulous in manner, and fastidious in dress. He was also a dead ringer for Captain Mainwaring from Dad’s Army. The branch was delightful in many ways not least by a sense of camaraderie fostered by the manager. Staff were addressed by him, and by extension each other as Mr Christopher, Miss Sue, Mr Brian, Mr Laurence, and so on. Togetherness seemed to ensue helped possibly by the custom of buying cream cakes for all on birthdays.

“In those days Securicor didn’t deliver to branches and consequently every Monday morning I reported to Head Office on Booth Street, Manchester where I would meet the deputy manager, Mr Brian. Inside the grand building, an assembly of 2ICs gathered to collect the cash required for their branches for the week ahead. Incredibly we met at 0900 every Monday and cash was bundled into old pages of the Financial Times and tied with string. I was the poster boy of striplings and Mr Brian had a ‘gammy’ leg. To top it off we drove with the money from central Manchester to Pendlebury in his Messerschmidt three-wheel bubble car!

“In short order I became a counter clerk taking in deposits and paying out cash as required. At least my arithmetic improved as at the close of business one had to add up handwritten ledgers of some forty or so figures…and balance. On busy afternoons the bank would be packed and clerks had to shout out customer names and effect the transaction. I recall one occasion shouting: ‘Mrs Sidebottom’. Once the branch had closed and I was balancing my books the manager sidled over and rebuked me: ‘Now, Mr Christopher the pronunciation is Mrs Side- Botham’. One of my favourite customers was a thoroughly pleasant, easy-going guy who always had time for a word. It transpired that he was one of the very best referees England has ever produced, Neil Midgely.

“One Monday morning I rocked up to the branch and found it thronged with police and bemused colleagues. Excitingly there’d been an attempted break-in the night before. The robbery had been bungled but the police took staff details and fingerprinted us all anyway.

“I stayed at the bank for six years and remain friends to this day with Mr Laurence who forged a great banking career moving to work in the Isle of Man. Ultimately, despite studying bank exams, it wasn’t for me and I found salvation in the oil industry.”

If you want to tell us about your first job, leave a comment or email changingtherecord@gmail.com