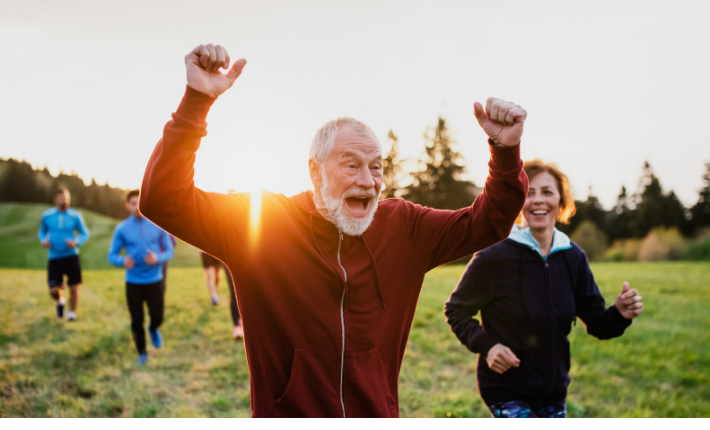 Tired of running on empty? Get laced up ready for a Parkrun to keep fit

17/02/2020
By Kirsty Day
NewsSportLifestyleThings To Do

Last summer the inaugural Greater Manchester Active Ageing Week took place. The campaign aims to encourage and enable older people to get moving more in our everyday life to benefit our mental and physical health and reduce loneliness.

Sounds depressingly like it could mean chair aerobics and bowls to me.

Fine if that’s your speed, but I get more inspired to pull on my trainers when I hear BBC Breakfast presenter Louise Minchin, 51, is an International triathlete representing GB in her age group. More usually seen on the famous red sofa, she has been known to get her training in after work running around Salford Quays.

There must be something in the water at the Beeb as this week it has been announced newsreader Sophie Raworth will be pulling on an England vest at the age of 51. Raworth, who only took up running nine years ago, will represent her country in the over-50s women’s team in the International Fleet Half Marathon in March.

But where to start if you are not quite international standard?

Parkrun organises free weekly 5km runs in parks and places of natural beauty across the UK every Saturday morning. Greater Manchester is home to at least 20 park runs so there is a route for everyone: from the super flat South Manchester one at Platt Fields to the hills of Heaton Park.

According to Parkrun, the number of runs by over-65s overtook the 18-24 age group in 2018 for the first time in its 14-year history. Include the 55-64 age band, our generation completed a million runs, which had doubled in two years.

With GP surgeries signing up to become Parkrun practices, doctors handing out ‘prescriptions’ for outdoor physical activity rather than medication and the warmth of spring in the not too distant future, there couldn’t be a better time to dust off your running shoes.

There is no need to run straight away, plenty of people walk the whole way and the only thing you are competing against is yourself and last week’s time.

But beware – Parkrun is addictive. You might find yourself wishing it wasn’t just on a Saturday morning – you are a runner now!

Find out how to sign up for Parkrun here and see you at the start line. Don’t forget your barcode!

Wildlife Walks: What have you spotted when out and about?

We love a good walk at Talking About My Generation and love seeing your photos of your wildlife walks - so keep them coming...
Read more