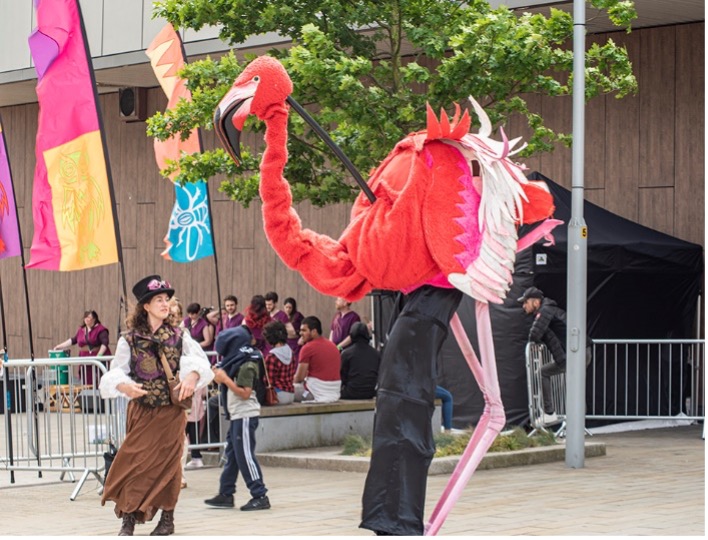 Residents flocked to Parliament Square and Gallery Oldham Gardens – alongside some feathered friends to enjoy the weekend sun at Festival Oldham and Pride celebrations.

Street artists, live music and games and much more entertained the audience, and our reporter and photographer (and proud Oldhamer) was there to capture the fun. Read here what Jean has to say about the weekend.

“It’s not often that you see a hippo, two very bright Flamingos and a flock of swallows in Oldham’s Parliament Square on a Saturday afternoon but Festival Oldham, run by the council, provided these and much more.

“Probably the first open-air event that Oldham has held since the start of the pandemic was blessed with perfect weather.

“Walking down High Street the first thing to be seen was the rigging for the Look Up circus puppetry, an imaginative mixture of trapeze, acrobatics and puppetry. Strength and courage made this an act not to be missed. 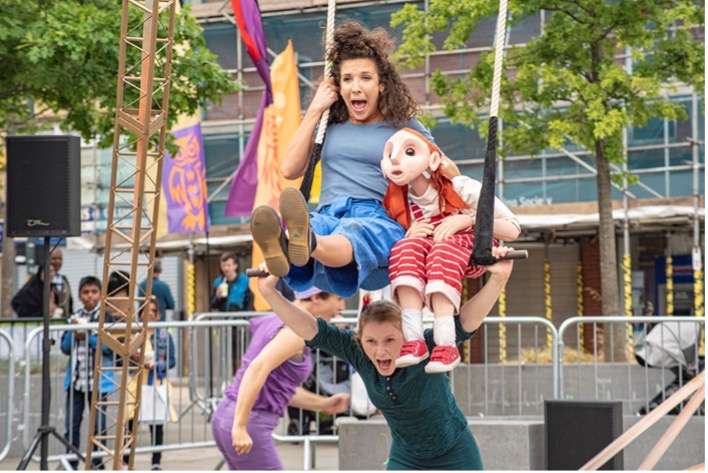 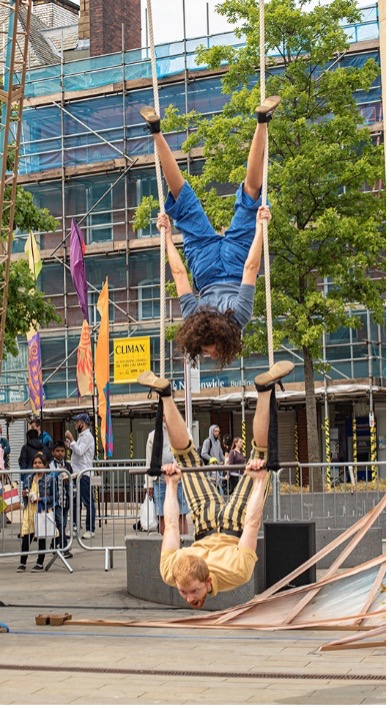 “Walking around the area in front of the old Town Hall, which is now an Odeon Cinema it was surprising to be confronted by a camera eating Hippo,  I was told that it had eaten two cameras already that day but did I care as, I was insured. 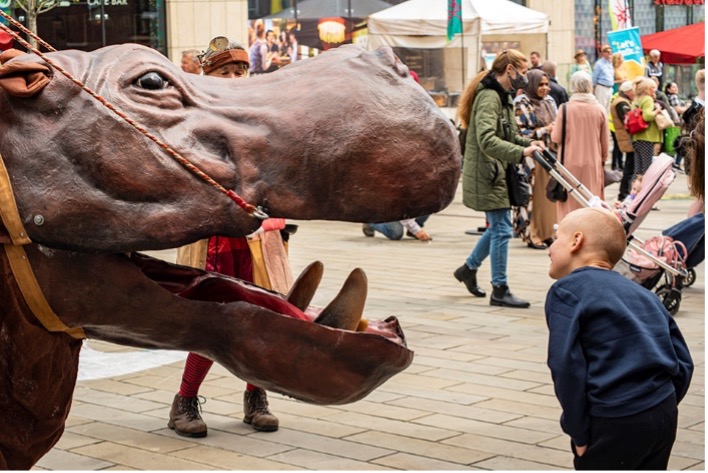 “Like many Northern towns, Oldham prides itself in being a place that develops both musical and theatrical talent.  Jubacana is a group led by young people ranging from 8 to 18 who play a magical mixture of percussion and dance-based music. 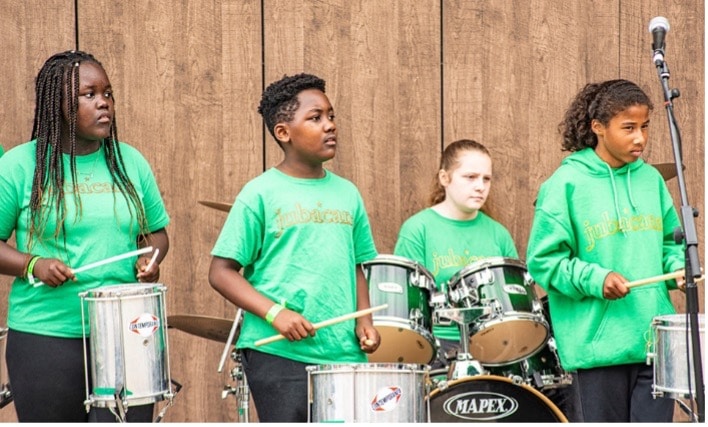 “There were several colourful and imaginative acts mingling with the crowds in Parliament Square and we were reminded of the importance of bees in our world by The Bee Cart who demonstrated the bee dance that shows other members of the hive where to find nectar and pollen. 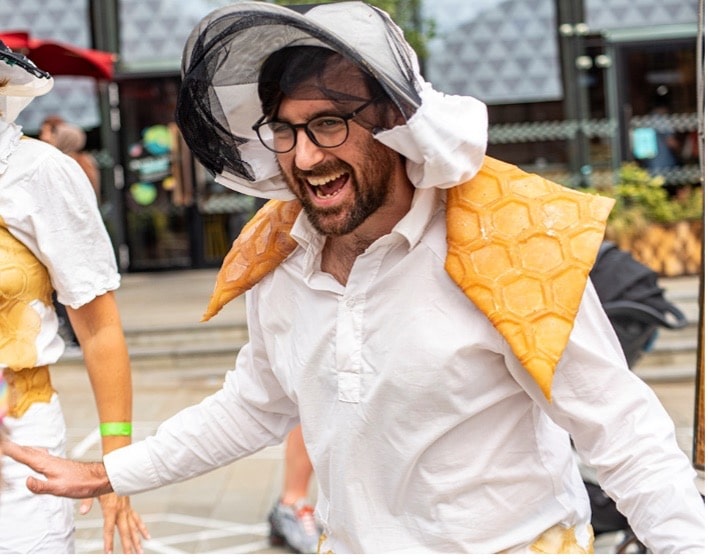 “The theme of this year’s show was ‘Heroes’ and to be mechanically lifted over the concrete and flagstones of Oldham was certainly courageous, but the Urban Astronaut didn’t appear to get sick has he was twirled upside down to greet the youngsters of the town and get across the message of the problems air pollution brings us. 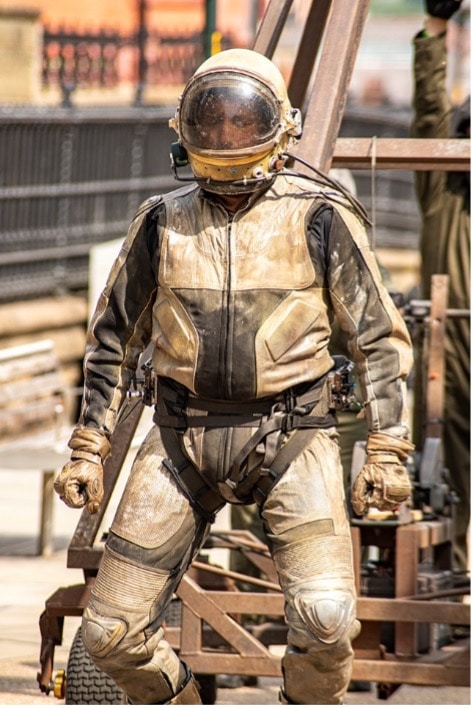 “Oldham has a diverse population. This was reflected by the percussion and dance group Juba do Leao who are inspired by the rhythms and dance of North-Eastern Brazil. 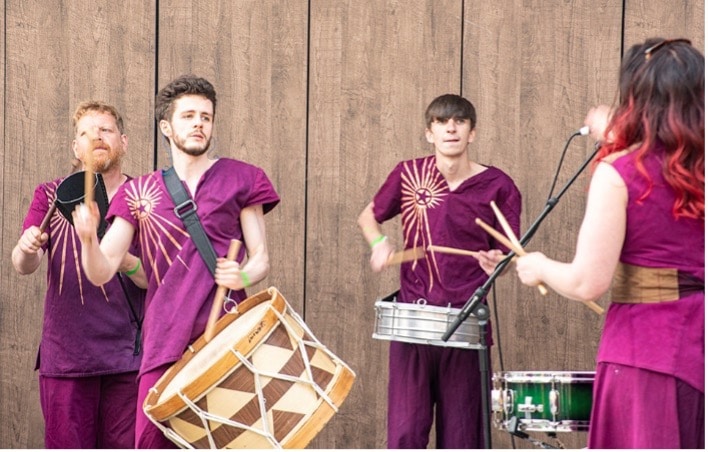 “Harriet the Handler, kept Isiah and Florence in check as they seemed to peck the heads of Oldhamers, along with other feathered friends. 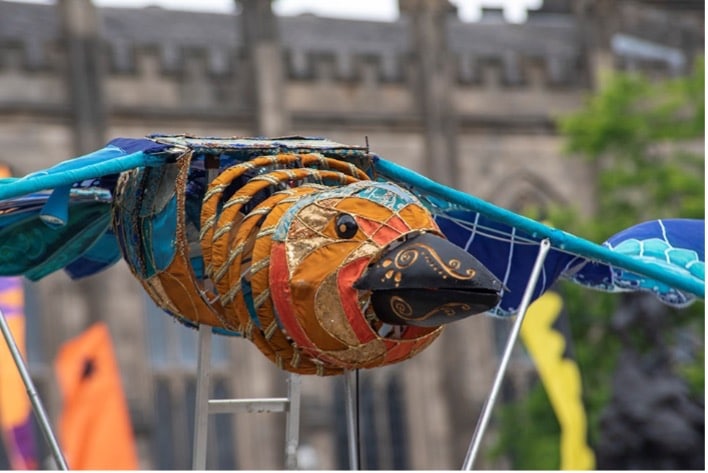 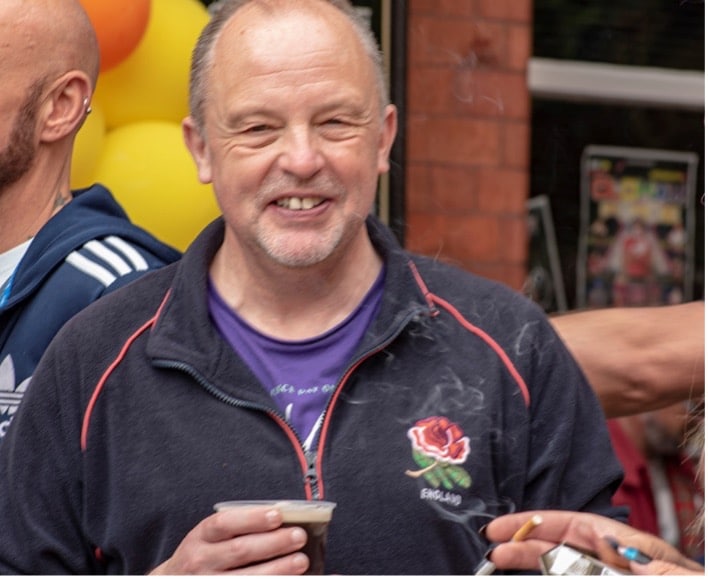 “I am already looking forward to next year’s Festival and Oldham Pride.” 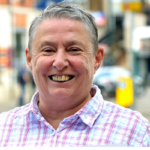