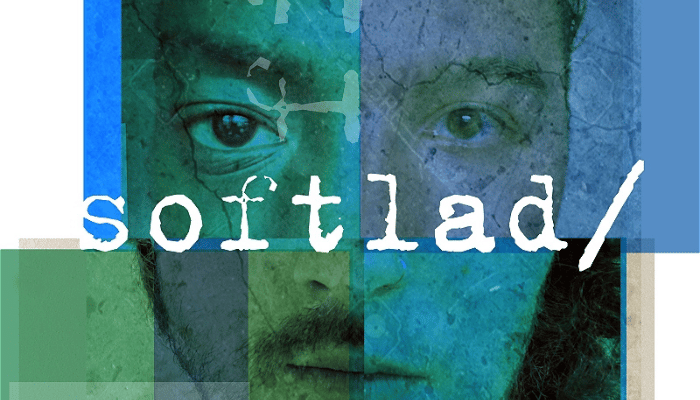 Review: SoftLad at The Met in Bury

As Fish (Oluwalonimi Owoyemi – Nimi) walks out to face the audience you get a sense already that his life is troubled. He sees the people staring at him, gasps and jumps back.

Fish is a British teenager with a Nigerian heritage. He is fond of his mother but is now estranged from her and his sisters. His mum was once proud of him but now her traditional values for manhood clash with 21st century reality.

Incel (Oliver Baines) – symbolizes the Incel (involuntary celibacy) community where men see themselves as victims of women. He seems so misogynistic that we are tempted to laugh at his speeches but then we pause to remember that this character actually means what he is saying. It’s even more disturbing when you read in the programme that much of Incels’s speech is verbatim from online communities and interviews.

Brother (Noah Ros) is the brother of the most troubled of the young men, Egg (Ché Tiguí). He misses several texts form his brother and arrives too late.

Egg is the most vulnerable and is bisexual. He seems to accept his sexuality but do others? That and his self-doubt in other areas cause him to take his own life.

Yet this play brings us hope – the four young men do have each other’s backs.

These four young actors bring so much energy to their effectively choreographed performance and push us out of our comfort zone. The intimacy of The Box at The Met enables them to gain eye contact with individual members of the audience for several seconds at a time. This can be unnerving but it also convinces those who watch of the characters’ sincerity.

It is good to see some very local connections: Ché Tiguí has appeared at the Octagon, Bolton and has previously bene involved with The Royal Exchange Young Company. Nimi Owoyemi has just finished his A-levels at Holy Cross College, Bury.

The WonderIf Theatre Company offer opportunities to new actors and other creatives. They really have taken on the idea of a “company” where people act in one piece but work behind the scenes in another and even write for the theatre. Indeed, Noah Ros and Ché Tiguí originally co-wrote this piece during the pandemic. It was later rewritten with WonderIf. WonderIf is a member of the GM Fringe.

Theatre has become expensive as the bigger venues struggle to get back up to speed after the pandemic. But there is a Fringe benefit here: all tickets for tonight’s performance were just £6.00.

Meeting my football podcast stars in the flesh