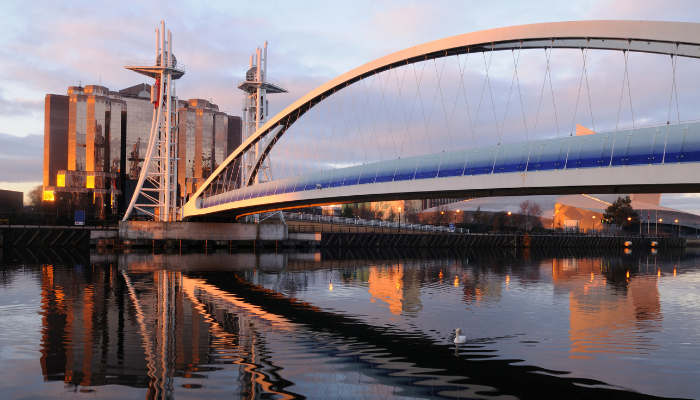 Salford ranked as fourth Chicest City in the UK

Salford has made it into the ‘Top Five Chicest Cities in the UK’, according to a recent study by interior design company Dowsing & Reynolds.

St. Albans near London has taken the overall crown, followed by Bath, Wakefield, Salford and Chester.

The study used the rate of ‘Boutique Hotels’ in the area to measure chic success and scored the region an impressive 73/100. A Boutique Hotel is typically smaller, with between 10 and 100 rooms, finished with a stylish design or a unique selling point.

However, Salford’s culture was only rated a mere 5/100, judged by the number of listed buildings and museums in the vicinity.

According to Historic England, there are a total of 372 grade one, two and three listed buildings in the city.

A great shot of our sister site @OrdsallHall from 1978 for #ThrowbackThursday this week! Did anyone visit in the 70s or 80s? #Salford pic.twitter.com/UScaDnOVzh

The cities ‘future potential’ didn’t do much better, earning a score of 9/100, based on the ‘range of design courses on offer’. London swept in and took the top spot here with a perfect score of 100/100.

It’s not all bad news though, as thanks to its high chicness rating, Salford has made it into the Top Ten most Stylish Cities in the UK list, with Bath taking the overall top spot.

Xander Shreenan, Interior Designer at Dowsing & Reynolds, commented: “It’s well-known that our intrigue around interior design sky-rocketed during the UK’s multiple lockdowns, but interest has remained strong in these stunning cities.

“We’ve seen Salford residents search for ways to vamp up their living room lighting and design, while Cambridge locals favour upcycling their furniture.”

Do you agree with these findings?