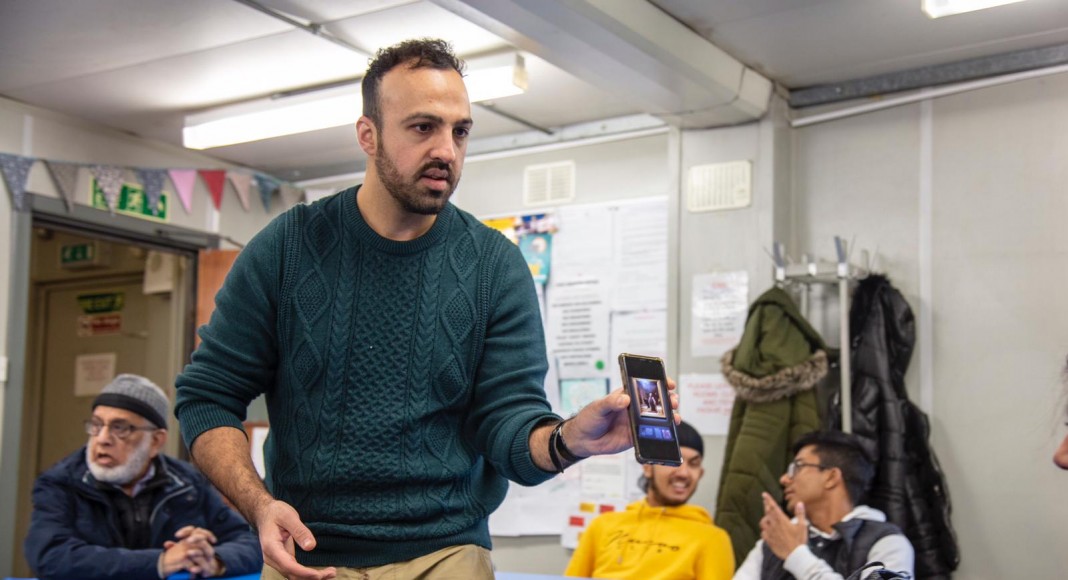 20/07/2020
By Ted Peskett
NewsSalfordLifestyleThings To Do

A new technology skills project for people aged 60 and over in Greater Manchester is landing in Salford.

TEK Eagles has successfully run in Bury, Manchester and Oldham with each borough holding 12 sessions.

Having started in August 2019, TEK Eagles now looks to expand into Salford where sessions will start in the coming weeks, actual dates are still to be finalised.

The stats speak for themselves 😍😍

We've enjoyed some real success with our 3️⃣ #TEKEagles programme, and we're delighted to be launching a new session in Salford in the very near future!

Alchemy Arts CEO, Adil Javed said: “For me, the idea behind this is about reducing social isolation amongst older members of these communities. Technology allows them to have access to a wider group of friends, family and loved ones that they didn’t have before.

“Technology has moved so fast over the past 20 years and unfortunately there are some who have been left behind. Everyday life has completely changed for some, from using emails to cash machines and not having to go to the bank anymore.”

TEK Eagles teaches older members of the community how to use their smartphones and each project has been centred around a creative outcome.

In Oldham, participants developed their own podcast and the Bury TEK Eagles group developed a short documentary called ‘Migration Story’.

The TEK Eagles group in Crumpsall developed their own art exhibition which was shown at Whitworth Art Gallery.

One aspect of the project Mr Javed is particularly proud of was simply getting group members to create their own WhatsApp messaging groups.

He said: “The first thing for me was just getting the group to be familiar with their own technology and not being afraid to use it.

“It was a big shock to them that they could send photos and send voice notes. They could also communicate better with family abroad which used to be really difficult.

“Some people who might not write anything on the WhatsApp groups created in class were still grateful to be part of that little community because they were accessing information.

“It’s about enabling people to make informed choices on things like their mental health and physical wellbeing by giving them these skills.”

Mr Javed said there was initial scepticism surrounding the project, but eventually participants realised the potential of the technology they had.

One participant, Imtiaz Hussain, 63 said: “My wife had left me a mobile telephone before she travelled abroad to look after her mother.

“I brought it to the first lesson and I was amazed by the potential of the mobile and how easy it was to use. Before long I was using Skype to see my wife and her mother and they could see me. It was like something out of Star Trek that we used to watch in the 70’s.”

Mr Hussain, the manager of Jinnah Day Centre in Bury, added that he was able to use his smartphone to share a special moment.

He said: “The greatest thing that happened to me last year was the birth of my first grandson on Christmas Day. I was sending messages and videos to all parts of the world through my mobile phone.

“It made me feel so proud and it has made me realise that I am now connected to more people than I ever was.”

The latest sessions will be a series of webinars, each featuring a special guest and information on how to stay safe during lock-down and beyond.

Mr Javed said he hopes the teaching sessions will be able to take place later on in the year.

Disruptive as the lock-down has been, Mr Javed said previous TEK Eagles sessions had equipped older members of the community to stay connected during it.

He added: “When lock-down happened they had access to the outside world and they were able to connect with people like they could never have done before without going outside.”

Looking to the future, Mr Javed said he hopes that TEK Eagles can expand nationally.

He said: “We’ve got to push for it to be a regular government-led initiative.

“If we can teach people to use technology to access support, that could save the government thousands of pounds per day.” or visit www.alchemyarts.co.uk.

Our Salford reporter and resident footballer, Chris Vickers, is excited about community football being back. Here he talks to us about how him and...
Read more

TAMG reader, Philip Westcott from Salford, shares his experiences of creating art during the pandemic: “Art can have a very therapeutic effect during this pandemic...
Read more

Manchester Metropolitan University are looking for Greater Manchester residents over 65 to participate in research around ageing in place with long-term physical health conditions. PhD...
Read more