Blood, sweat and tears, up at 5am and running in weather of snow, hail and rain – that’s what it takes to become a marathon man.

Distance and endurance play a big part in Martin’s life. He recalls his very first road race, “It was one of the early Manchester marathons, it was sponsored by Puma and Piccadilly 261 radio station.”

I love writing about positive and inspirational people and Mr Hughes is just the guy. Martin’s motivation to carry on running helps his mind as well as keeping his body in shape. “I enjoy the extra energy from feeling fit” says Martin. He started running ten years ago, and before that he was a jogger, “Yes there is a difference!” added Martin.

Martin lives in Shelley – between Holmfirth and Huddersfield – and is a proud owner of a Triumph motorbike. He loves to stop off at the occasional coffee shop, just him and his motorbike to think and reflect on life.

He also added, “Running it is a great way of losing yourself, this is my church, this is where I heal my hurts.” (Lyrics from a Faithless song).

Martin has entered too many races over the years to remember them all; from full marathons, cross country and half marathons. He remembers one half marathon in particular in Riga, the capital city of Latvia. It was back in 2018 and Martin recalls, “It was a special one, the atmosphere was electric. It was part of the celebrations for Latvia’s 60-year independence from Russia.”

When Martin sets up his training routine, it depends on which type of race he has entered; if it’s a half marathon he would usually do one long run and then a couple of tempo runs and maybe some speed sessions a week.

Martin’s advice for anyone at any age who wants to start running is to “just do it.” He says, “The hardest thing is stepping out of the front door, but once you have shut the door it’s YOU time. Focus on your breathing and your tempo and before you know it you’re back at your front door.” 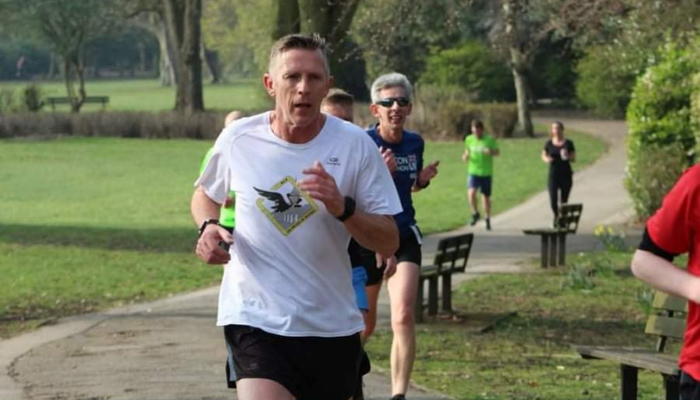 Martin’s future plans are staying the same regarding his training for running, he will try and add a lot more cycling into his fitness routine this year. On top of this Mr Hughes goes to the gym once a week to work on his core strength and once a month he will book a session with a personal instructor to mix things up – oh yes, he also does a spinning class once a week too!

With me feeling very unfit at this stage I asked him what he does to relax and de-stress. He said: “I love reading and listening to music, when I feel I need to get away from everything I meditate, but running is a great way to reduce stress.”

After wiping my brow from sweat, I asked Martin to play my ‘This or That’ game and here are his answers:

Aerobics or Yoga – Both

Book or e-Reader – To be honest I have both, I enjoy the convenience of my Kindle, but I do go to charity shops and buy books

Beach or City break – City break, somewhere with some culture and history

And finally…What is your favourite season? – Summer 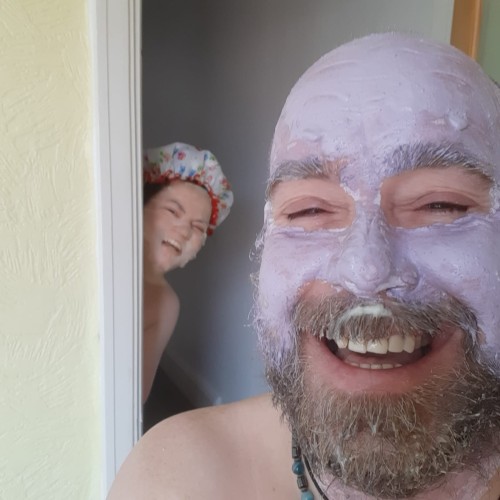