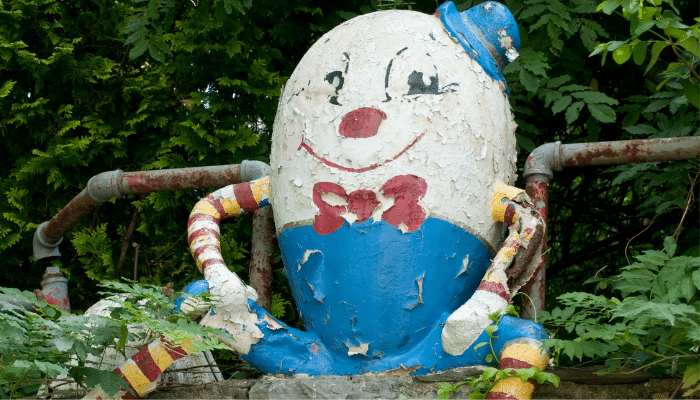 The meanings behind our much loved nursery rhymes

Have you wondered what is behind the words in nursery rhymes? Here our reporter Pauline Smith looks into the meanings behind Hickory Dickory Dock, Humpty Dumpty, and Baa Baa Black Sheep – and how they are actually about rulers, guns, and taxes. Mindblowing stuff! 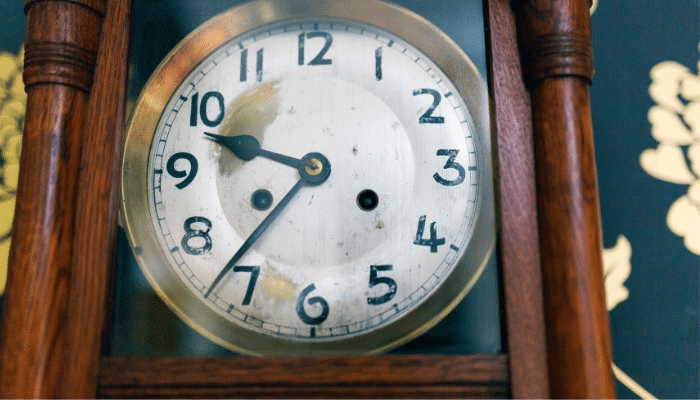 The mouse ran up the clock.

The clock struck one,

The mouse ran down,

Pauline says: “Hickory Dickory Dock was going through my head the other morning, and then I remembered back to those days when I was about 6 years old and at primary school. Why you may ask?

“All the children in my class had to bring something to school we could wear that related to a nursery rhyme. My mum made me a hat out of black cardboard which was shaped like a square clock with a face and numbers…and of course a mouse (not a real one) was attached to it.

“It is said that teachers used this rhyme to help us learn to tell the time, and I think there are more recent versions that have the numbers up to twelve included with different animals for each number.

“The nursery rhyme first appeared in print in 1743 and is thought to refer to events of the previous century. Oliver Cromwell died in September 1658, having proposed to Parliament that his son Richard should succeed him. However, Richard was not only inadequately prepared for the role, but he was also not suited for it temperamentally. He was simply not the right man for the job and had no real desire for it.

“As a result, Richard Cromwell only lasted for nine months as Lord Protector before offering his resignation. Moves were then set in train for the return of the monarchy.

“Richard was allowed to leave the country for France, where he stayed until 1680 before returning to England. King Charles saw him as no threat and allowed him to live out his days in obscurity on his estate. He died in 1712 at the age of 85.

“Richard was given several nicknames including “Tumbledown Dick”, which fits the spirit of the nursery rhyme. As “Hickory Dick” his life at the top was limited by the passage of time. Just as surely as he “ran up the clock” he was bound to run down it again, the “one” of the rhyme being the one year during which he held office.

“Richard’s timid, mouse-like demeanour, in great contrast to that of his father, is also represented in the rhyme.

“There is a second verse to the rhyme that is rarely heard and which refers to “the man in brown” who “soon brought him down”. This can be taken to be King Charles II, who had, during the early years of Oliver Cromwell’s rule, been forced to disguise himself to avoid capture before he could escape to France.

“The other more prosaic versions are that the rhyme is thought by some commentators to have originated as a counting-out rhyme. Westmorland shepherds in the nineteenth century used the numbers Hevera (8), Devera (9) and Dick (10) which are from the language Cumbric.

“Or that the rhyme is thought to have been based on the astronomical clock at Exeter Cathedral. The clock has a small hole in the door below the face for the resident cat to hunt mice.”

Humpty Dumpty sat on a wall,

Humpty Dumpty had a great fall.

Pauline says: “We all know the ‘Humpty Dumpty’ nursery rhyme, but I bet you didn’t know there is a chance that Colchester is the host of the tale?

“The story goes that an egg called Humpty Dumpty sat on a wall. One fateful day he took a tumble, cracked open and that was that. Not even the Kingsmen, nor his horses, could “put Humpty together again”. That is all well and good, but why would anyone attempt to fix a broken egg? By nature, a broken egg will remain broken…

“In fact, we only refer to Humpty as an egg in the first place because the 1872 novel Through The Looking Glass by Lewis Carrol, depicts him as one. Since then, Humpty’s portrayal in popular culture has always been an egg. But before his reincarnation as an egg, where did Humpty Dumpty come from? And if not an egg, then what was he?

“The name Humpty Dumpty is now believed to refer to a large cannon used during the English Civil War (1642-1649). In 1648, towards the end of the Civil War, the then Royalist (Cavalier) fortified Town of Colchester was laid siege to by the Parliamentarians (Roundheads) in an attempt to prevent King Charles I followers from supporting his wish to rule the country without a parliament.

“During the siege of Colchester, the 15th-century tower of the church known as ‘St Mary’s by the Wall’ was indeed much damaged. This happened because, on June 15th, 1648, the church was strengthened against attack, by putting a cannon on the roof. As in the story, a gunner known as ‘One-Eyed Jack Thompson’ fired the cannon. He caused a lot of damage to Lord Fairfax’s attacking troops.

“Thompson’s success made many of the Roundheads fire onto the church roof and, sometime during the 14th or 15th of July, Thompson and his gun came tumbling down. The damaged cannon could not be raised again.

“This was one of a number of setbacks and, on August 28th 1648, the Royalists lay down their weapons, opened the gates of Colchester and surrendered to the Parliamentarians.

“Now, with this newfound explanation, let’s put this story into action in the traditional rhyme:

“However, although the nursery rhyme is first attested in 1797, apparently the first time the rhyme was linked to the siege was in 1996 on the East Anglia Tourist Board’s website.

“This is just one of the explanations for the origins of Humpty Dumpty, but there is no proof that these events are the origin of the nursery rhyme character, as claimed by local folklore.

“There are other ideas. One says that “Humpty Dumpty” referred to Charles I himself – the Humpty Dumpty of England. He was toppled by the Puritan majority in Parliament (the great fall). The King’s army (Cavaliers) could not give his power back and Charles I was executed.

“Another idea says the rhyme refers to King Richard III and his defeat at the Battle of Bosworth. Another that the Humpty gun was a mortar at the siege of Gloucester in the Civil War. Yet another says that Humpy Dumpty was based on the sudden catastrophic fall of Cardinal Wolsey from Henry VIII era. The Cardinal became ill on the way to his trial and died before he got to London. He was Henry’s most trusted friend for a long time, until Anne Boleyn came along and turned Henry against him. No one expected him to be toppled so quickly.

“One school of thought is that Humpty Dumpty was neither a cannon nor a siege engine. He was a drink. A dictionary of slang published c.1690 defines ‘Humptey-Dumptey’ as a name for “Ale boild with Brandy”. In a guide to London written by a Frenchman, Sorbier, and published in English at round the same date, “Humtie Dumtie” appears in a list of beverages available to purchase in the capital. Its name would seem to be a variant of ‘hum’, a common name in this period for strong beer.

“Etymology has yet to find a link between the name of this 17th-century brew and the later use of the phrase ‘humpty dumpty’ in reference to a small, squat body – which is clearly the term’s use if describing the shape of a cumbersome siege engine or a mortar-piece.

“Despite the similarity in sound with words such as ‘dumpy’ and ‘humped’, this was not the phrase’s application in the 17th century (Pepys’s ‘punchinello’ being the more obvious slang term for something thick and short in appearance).

“The Oxford English Dictionary cites the use of ‘humpty-dumpty’ to describe ‘a short or clumsy person of either sex’ as no earlier than 1785.

The ‘Humpty Dumpty’ personification, then, would appear to be a late 18th-century coinage. The name does not appear in accounts of English Civil War. Indeed, the very idea of a connection between Humpty Dumpty and the Civil War was not made until 1956. The Civil War’s Humpty Dumpty is no more a historical fact than the story of an egg-man falling off a wall. However, whether these legends are true or not, the idea of Humpty Dumpty as a large cannon does make a great story. 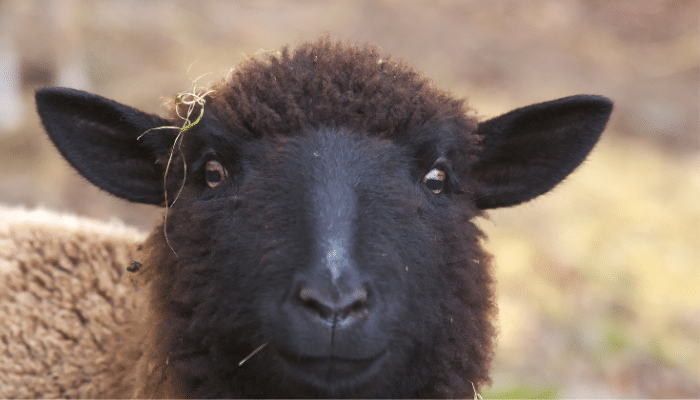 Have you any wool?

Yes old mate I have

Two for my master,

One for my dame,

None for the little boy

That cries in the lane.

Pauline says: “The rhyme was first printed in Tommy Thumb’s Pretty Song Book, the oldest surviving collection of English language nursery rhymes, published c. 1744 with the lyrics very similar to those still used today. (as above)

“Not surprisingly this rhyme is all about sheep, and the importance of sheep to the English economy. Until the late 16th-century, the final lines of the rhyme read “And none for the little boy who cries down the lane.” It was changed to the current version (see below) in order to cheer it up and make it into a song more suitable for children.

Have you any wool?

One for the master,

One for the dame,

And one for the little boy

Who lives down the lane.

“In medieval England, the wool trade was big business. There was enormous demand for it to produce cloth and everyone who had land, from peasants to major landowners raised sheep. The great English landowners including lords, abbots, and bishops began to count their wealth in terms of flocks of sheep, with some flocks totalling more than 8000 animals, all tended by dozens of full-time shepherds.

“After returning from the Crusades in 1272 Edward I imposed new taxes on the wool trade to pay for his military ventures. It is believed that this wool tax forms the background to the rhyme.

“Two-thirds of the price of each sack of wool sold was for the master – the king and the landowner; one third for the dame – the monasteries or church and none to the poor shepherd (the little boy who cries down the lane) who had tirelessly tended and protected his flock.”