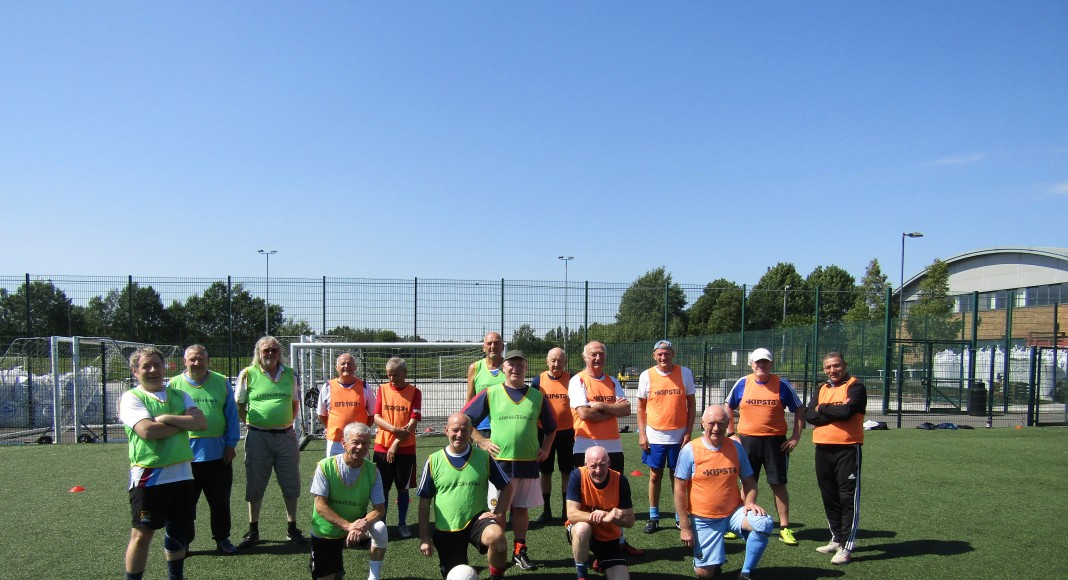 Our Salford reporter and resident footballer, Chris Vickers, is excited about community football being back. Here he talks to us about how him and his teammates are enjoying being back on the pitch – and how the new rules have improved the beautiful game from them.

“I am delighted to report that we resumed playing walking football on Friday, July 24, at the later kick-off time of 11.30am. The kick-off time reflects the fact that only one big pitch is available due to three new all-weather pitches being laid at Salford Sports Village which should be ready for September.

“So far three sessions have been held and it is recognised that some players may not yet feel comfortable partaking in the games. Following advice issued by Manchester FA, the committee members at Salford Community have done a splendid job renegotiating playing times with Salford Sports Village personnel, contacting all the players and advising them of the need to arrive and depart in football kit, bring hand sanitizers, their own bottled water which must not be shared, and that, other than the lavatory no entry to the building will be allowed. As players arrive temperature checks are taken and contact details logged.

“So far numbers of players have been limited to literally five-a-side, and understandably there was a pervading nervousness, to begin with. I am pleased to say, however, that the situation seems to be loosening up as the protocols become embedded.

“We have adapted the way we now play enforcing the no-tackling aspect, goals can only be scored in the opposition’s penalty area, and there is no fixed goalie. It seems to have enhanced the game, if anything, as more people get a touch and are involved and the passing and teamwork involved in the creation of a goal.

“There seems to be a collective sigh of relief among the regulars that we can resume playing, as, despite best efforts, nothing beats competing with your peers and chasing a ball around. An hour’s concentration on the game provides a much-needed diversion from the current worries and concerns.

“A ‘friendly’ tournament is being arranged with Bury Relics in August and to be hoped, competitive leagues will resume in the autumn at Heywood.”

The National Football Museum has re-opened its doors after 200 days of closures with a brand new exhibition dedicated to 50 of the game’s...
Read more

Who are you going to call? Scambusters – volunteers supporting GMP in the fight against fraud

Meet the Scambusters: a team of volunteers who give up their time to offer help and support to victims of fraud on behalf of...
Read more

Salford Council is recruiting 'Litter Heroes' to help pick up as much litter as possible from local areas this week in aid of the...
Read more