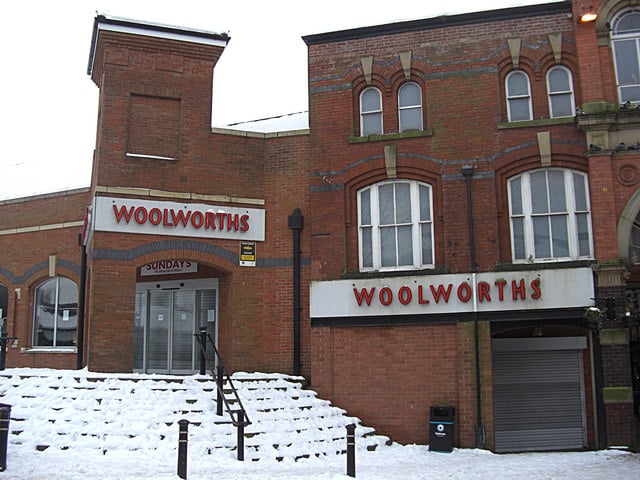 A trip down memory lane: Our readers’ first jobs – Part 2

Here our readers take a trip down memory lane and share stories of their first jobs after leaving school. What was your first job?

“I started work at Booths Bakery, Empress Street, Hulme in 1964. I put the pastry into the foil cups for the egg custards and apple charlottes. I earned £4.1 shilling a week, I gave my mam £3 and kept £1.1 shilling for bus fares and spends.

“Stuck it about six months then went to a shop bakery near to home for 10 bob a week more doing more pies and cakes.”

“I left North Chadderton Secondary School in 1968. The school leaving age was still fifteen but I had stayed on for another year to do O levels.  This was, in essence, a secondary modern, and that year they introduced a sixth form.  I would have loved to have stayed on even if it had only been to do A-level Maths (I loved Maths). At home we basically lived off social security, my Dad was then around 70! So even if the chance to stay on had arisen I felt I needed to get out and earn.

“Careers advice was pretty poor and when I told the careers advisor that I had applied to be a clerical assistant in local government, she promptly gave me an application for the civil service. I applied and got a conditional post with Her Majesties Inspector of Taxes. You didn’t get a choice of which arm of the civil service you went into. 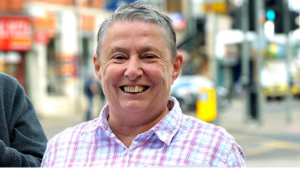 “So the week after I left school I started at Manchester District 18 in the city centre, while my best friend who had also been given a civil service application started across the road at one of the large telephone exchange buildings.

“On the first day, I was called into the Chief Inspectors office. He advised me to bring my own mug for tea breaks (after all this was the civil service) and then got me to take the official secrets act. So has I am still bound by it I can only tell you that I dealt with the taxes of a famous pop manufacturer (not Vimto, the other one) and when I transferred to London Provincial 8 in Highland House in Salford, I dealt with the taxes of a very, very famous pop group.

“Goodness knows why I thought I could help with the family finances, because my weekly wage was £5 and the return bus fare was three shillings, therefore a big chunk went on the journey to and from work. I stuck this mind-numbing job for 6 months before going to work in a college laboratory, a job that I loved.”

“Apprentice painter & decorator, Andertons Fenney Street in 1961. First Pay Packet was 30 shillings for a 46 hour week. Mam took a quid & let me have the rest. The job was a lot harder than I thought, I had to get used to working at heights very quickly.”

“After leaving school in 1974 I got a job at Woolworths in Oldham, in the chocolate and sweet department, but the novelty soon wore off as I only lasted a week. That was because I got a job as an office Junior, where I went to college to learn shorthand, typing, and business studies. As I learned more I became a wages clerk all manual and the statistics clerk. The company I worked for went bankrupt.

“From there my next job was are wages clerk at Shiloh spinners and I was made redundant. I had a break as I started my family. I decided to retrain as a playworker and I got a job running a creche and parent and toddlers. I am now in my full-time job as my husband had a bad accident and I am now his full-time carer.

“With my first pay packet, I gave some to my mum and dad for my keep and went out with my friends and I did the sensible thing of opening a bank account and putting some in there as well.”

“1946, aged 16, straight from school to The Cripples Help Society (for very little). Then to the CFAO (a French firm) for a massive £3.50 a week! We visited homes giving help with creative handicrafts etc. I suppose these days it would be classed as occupational therapy.

In 1939, the society (The Crippled Children's Help Society) changed its name to ‘The Cripples Help Society’, due to the nature of the work changing and involving more adults. The children supported in the early years were now adults. #ThrowbackThursday #DonkeysToInnovators pic.twitter.com/Pphk1HOnIG

“I particularly remember wooden frames with nails around the sides on which silks were crisscrossed to make mats. I had just left grammar school after O levels and got bored in the times between visits so very reluctantly left. I still remember the homes and people we visited. The society no longer exists.”

“During the summer holidays of 86, just before I started my 5th year at school, I started working at the ‘International 2’ club, Plymouth Grove, Longsight. I started refilling all the bars, cleaning up from the night before the gig I would set up the stone roses stuff if they were there rehearsing during the day. I would help get the gear in for the bands. Basically I was there all day and night I was paid anywhere from £20-40 a day. Needless to say I never really went back to school for my last year. I worked there until Feb 89. I loved it, met and saw hundreds of bands and I wouldn’t change a thing.”

“My first job after leaving school aged 15 in 1965 was with the NCB (National Coal Board). After a week’s induction at Sandhole Colliery in Walkden, I was assigned to surface work at Bradford Colliery which was at the site of where the Etihad Stadium now is. I would cycle to the colliery from my home in Prestwich which I guess was a distance of about 6 miles.

“The work involved unloading materials from wagons into mine cars to go directly underground. This was hard, physical work for a young lad straight from school. Most of the materials were wooden chocks and props for supporting the roof on the coal face. Heavy bags of stone dust were also unloaded. Stone dust was used underground to stop the spread of fire in the event of an explosion or fire.”

“I started work in 1964, as a trainee in AEI (Associated Electrical Industries), Trafford Park. Attended the training school. Did shorthand typing and art. I got £4 18p a week. I got the 77 bus from the Cornish man shops all the way to Trafford Park, at 7.30 am. We did three months in all the different departments.”

Check out this BBC documentary which looked into the lives of those living and working in and around Trafford Park during the 1970s.

Missed our memories of first jobs part one? Read it here…

Want to share your story? Leave a comment or get in touch with us by emailing changingtherecord@gmail.com