Did you know that today is the official birthday of Greater Manchester? This is no April fools!

Greater Manchester was formed on April 1, 1974, as a result of the Local Government Act 1972, combining ten boroughs that were formerly part of Lancashire and Cheshire.

On April 1, 2011, it was designated as a City Region and now has a population of around 2.8 million.

We think that this is a cause for celebration, so we’ve rounded up all of our favourite things from the county!

Lancashire Hotpot– famously featured on Coronation Street and has to be at the top of the list. Traditionally made with lamb or mutton, onions and stock, topped with sliced potatoes and cooked until crispy.

Eccles Cake– a small round pie filled with currants, made with flaky pastry and butter. No guesses where this one came from!

James Birch is credited to being the first person to sell Eccles cakes commercially, in a shop on the corner of Vicarage Road in 1973.

Manchester Tart– the staple school dinner treat. Shortcrust pastry with jam and custard, topped with coconut and a Maraschino cherry… what more could you want?

Vimto– sweet and fruity cordial, first known as Vim Tonic when it was created in Manchester, 1908.

Formed by Allan Clarke and Graham Nash in 1962 as a Merseybeat group, which draws inspiration from the late 50s skiffle craze (jazz/blues/folk) as well as American Rock and Roll. They’re one of the few 60s groups that haven’t ever officially disbanded- you can still catch them touring with some of their original members.

Formed during the 70s punk explosion in England, the group’s raw, haunting and melancholy music took off after they supported the Buzzcocks at Manchester’s Electric Circus- at the time under the name Warsaw.

English beat rock and pop, formed in Manchester, 1964, fronted by Peter Noone (who was already a big hit on Corrie aged 15).

The Burnage brothers that created one of the biggest rock bands of all time, Noel and Liam Gallagher signed their band to indie label Creation Records in 1983 and released their Definitely Maybe album the following year, which became the fastest-selling debut album in the UK at the time.

Check out our full (and controversial) list of best Manc bands here.

Reverend William Cowherd, born in 1763, preached vegetarianism to his congregation at The Beefsteak Chapel in Salford (really).

Cowherd believed that God inhibited every animal and so, the Vegetarian Society was born. 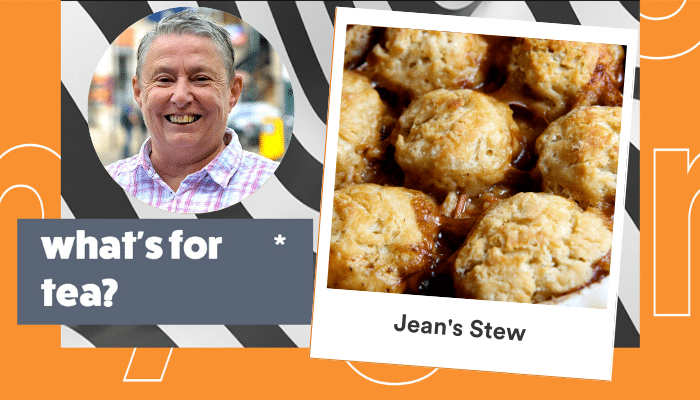 Check out Jean’s Veggie Paella and Vegan Stew over on our Foodies page!

Manchester’s most famous car manufacturer! The first-ever Rolls Royce workshop was situated in Hulme, named the Cooke Street Works, although the operation moved to Derby shortly after.

The Silver Ghost and the V-8 were both designed in the region.

Often referred to as the Manchester Baby, the worlds first stored-programme computer was built at the University of Manchester in 1948 by Frederic C. Williams, Tom Kilburn, and Geoff Tootill.

The computer was not designed to be fully useable and was created to experiment with different possibilities.

The project kickstarted the next development, Manchester Mark 1, which was more useable and incredibly successful.

The Liverpool and Manchester Railway opened in 1830 and was the first in the world, offering passenger services on a double-track using steam trains.

The service was timetabled, had a signalling system and even carried mail.

The railway also carried goods and materials between the Port of Liverpool and the cotton mills and factories of Manchester.

Political activist Emmeline Pankhurst, best known for organizing the UK suffragette movement to help women win the right to vote, was born in Moss Side!

Created by Granada Television in the 60s, still remaining one of Britain’s best-loved soap operas. Set on the cobbled streets of Weatherfield, based on life in Salford City… and never short of drama!

In 1967, homosexuality was partially decriminalised, but there were still many laws in place that were used against LGBT+ Mancunians.

Despite this, Manchester launched its first Gay Pride event in 1985 and in the 90s the area was popularised by Russell T Davies’ television drama, Queer as Folk, which was set on the street.

The LGBT Foundation based in Manchester helps to deliver advice, support and information services. You can visit their page here.

Let us know what we’ve missed in the comments… the list really could go on forever!

Elton Darlo is a true Mancunian and he is very proud of his roots. A self-taught artist, he uses this homegrown talent as a...
Read more

A woman who cares for her father-in-law and son who has a disability is urging people with unpaid caring responsibilities to visit the COVID-19...
Read more