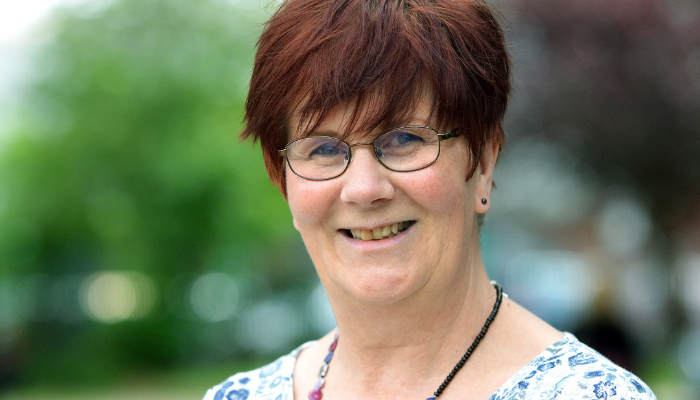 If everyone did this, what kind of world would we be living in?

Campaigner and activist Lesley Downing from Bury opens up about her 2020; from an election blow, climate change campaigning, and the global pandemic. She ponders on the impact literature, travelling and her spirituality has had on her and how our small actions can have a big impact – positively and negatively.

“Here we are in 2020. I started the year with the breath blown out of me following the general election. Having gone out practically every day for the six weeks running up to it, delivering leaflets and canvassing people on their doorsteps I was invited to the count on the 12th. Our Labour MP was defending a majority of 4,000. We knew it would be close – but could not have imagined what was to come. We stood by, watching the counting, bona fide observers to ensure no untoward activities. I actually spotted a bundle of Green votes going on the Tory pile, not deliberately, but happily caught just the same.

“We endured one full count, one-half count and then a partial count. It was not going our way. At around 5.30am James conceded – 105 votes down. Bury North is now the most marginal seat in the country. I’ve only been in Bury for two years. Others there that night, born, raised, lived and breathed Bury and Bury Labour. There was real grief as we left the hall.

“So, still slightly punch drunk and quite depressed I welcomed the New Year by getting involved in Bury Climate Action Group. This was introduced and inaugurated by Friends of the Earth, who are looking to build a network of local groups, actively fighting the global emergency on a microcosm scale, tackling environmental issues that affect the individual areas, either uniquely Bury or shared worldwide. I’ve been marching, petitioning, joining environmental groups since the ’70s, so it was a natural choice for my sense of frustration with the political madness.

“We were just getting started, a group of 40 or so committed activists, had already met with local councillors, identified areas we could/should highlight and work on. 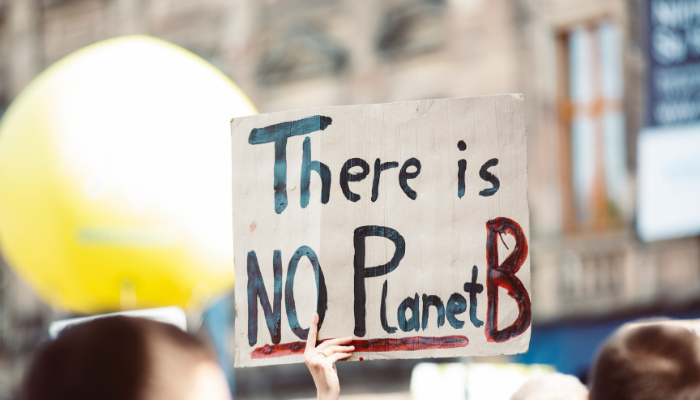 “And then, coronavirus, COVID-19, a global pandemic. Suddenly, almost at a stroke, the world became a village, and a plague village at that. At the most basic level, we were all in it together. What one person did could affect five more, who could affect 25 more, then 100. And no-one was safe, and no-one understood why. Those returning from long-awaited holidays unwittingly brought it home with them, and now have to live with the knowledge that they infected, and could have killed people by their actions. Their action impacted lethally, the most extreme consequence of ‘just doing something’?

“I can’t remember when I first read Nicholas Monsarrat’s book ‘The Time Before This’.  Probably as an adult. It had been one of those books that had been on the shelves in my childhood home, alongside Monsarrat’s more famous ‘Cruel Sea’, the film of which my Dad, having spent WWII in the Navy, made us watch whenever it appeared on TV. It was probably in my 20’s when I finally picked it up one day. I can’t honestly remember what my first impression was. Re-reading it recently, it’s a quiet book, it broaches a huge subject with massive understatement, and, I have to admit, a bit of a cop-out ending. But one small passage stuck with me and continued to resonate through the years, even though, at one point, I couldn’t even remember which book it had been in.

“It is when a very old decrepit, desperate man recognises the moral imperative that drives another’s actions towards him and says, “That’s right, whenever you propose to do anything, you should stop and ask yourself: ‘If everyone did this, what would the world be like?’  You will soon discover the right answer”.

“I’ve been what I would describe as a spiritual person all my life, always open to there being something out there, something more than us, more than this.  As a romantic young teen, I read The Nun’s Story and considered myself in a wimple.  Caught up in the post-60’s obsession with eastern philosophy I hitched to London with my older sister to see the Guru Maharaji sit in cross-legged splendour at Alexandra Palace.  My first overseas travel took me to Israel, where I lived on a kibbutz and thought about Judaism.  10 years later found me nursing in Saudi Arabia, where I delved into Islam.  Always wondering, thinking, considering – what is out there, what is it all about? I feel that my spirituality hasn’t diminished with time and maturity, but it’s been, somehow, rationalised.

“I no longer believe in an all-powerful being who is constantly watching over us, and keeps a tally of every little thing, to see whether we are worthy of a glorious afterlife. On a practical level, I think the Buddhist idea of reincarnation is probably the most likely – you cannot destroy energy, therefore where does the energy that is me go, once my frail body gives up?

“But my absolute belief is that we should do good, be considerate of others, care and take care, not because of some vague promise of heaven, but because it is the right thing to do. It makes this earth, this day, this hour better, worth living in. I want to leave the earth and the people I meet as I go along in a better state than before I passed by. What else matters?

“So – here we are in 2020 in a global pandemic, and even more worrying, in a climate emergency. It will not matter how we come out of this pandemic if we don’t sort the planet out.

“And this mantra – what would the world be like if we all did this? Whatever this is, is so applicable to both these crises. We stayed at home, missed weddings, funerals, babies, our friends our loved ones. We waited and waited and we still wait and we wear masks and we don’t hug and these are all infinitesimal actions done billions of times to protect each other.

“We turn off taps, lights, engines, we reduce, re-use, recycle, repair, renovate, all, all tiny acts by millions of people to protect each other.

“Every single thing we do impacts on others. Because some of us haven’t done these things more people have got ill, more people have died – the extreme result of not considering others before you act. Because some people continue to over-use, throw-away, only consider their own needs and desires the world and its occupants are threatened with extinction. The extreme result of a lack of consideration of the impact of your actions.

“Each and every act impacts. So, just take a minute to think, to consider, if everyone did this, what kind of world would we be living in?  You will soon have your answer.”

Lesley also wrote a Haiku poem to go along with this article. Take a look here. 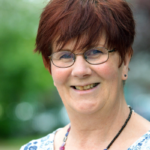